There's a budget battle brewing in Washington, but lawmakers are carving out exceptions for the Navy's top priority.

The Democrat-controlled House of Representatives on Monday introduced legislation to avoid a potential government shutdown, and as one would expect in an election year, the proposal contained very little on the White House's wish list.

But there was one notable exception from the Pentagon list that survived the chopping block. That speaks to the importance of that particular program and is good news for lead contractor General Dynamics, (GD 0.47%) no matter what happens with the Defense Department budget in the years to come.

Putting underwater ahead of outer space

The House Appropriations Committee unveiled a so-called clean continuing resolution, which means it would simply continue funding the government at current levels even after the government fiscal year ends Sept. 30. It also prevents the Department of Defense from beginning new multiyear activities during the period of the resolution, unless an exemption is granted.

There are a lot of Pentagon and White House priorities, including Space Force and nuclear refurbishment, that are excluded. But the House did authorize $1.62 billion to allow the Navy to "enter into a contract...for the procurement of up to two Columbia class submarines."

The Columbia, which will likely be the most expensive Navy program in history, is to be designed and manufactured at General Dynamics' Electric Boat facility in Connecticut. 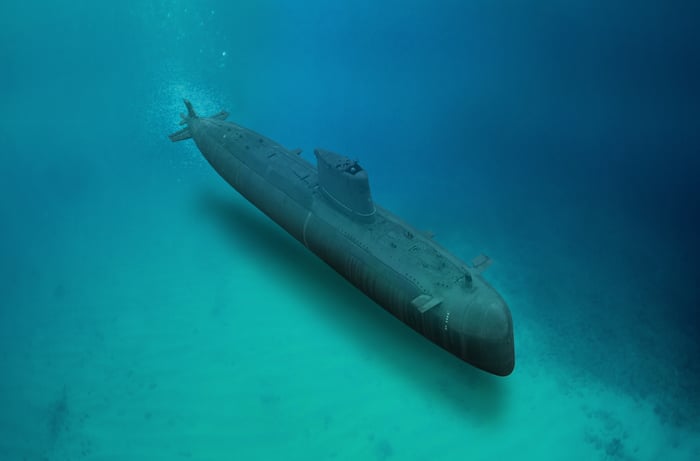 The most urgent piece of the nuclear triad?

With military spending expected to plateau in the years to come, the Pentagon is going to have to make some difficult choices. We knew military planners considered modernizing the nation's nuclear deterrence strategy, which the Columbia is a key part of, to be a top priority. The House Appropriations funding is a sign that lawmakers on both sides of the aisle agree.

The Columbia work is of particular importance because the current-generation Ohio-class subs are coming up on the end of their lifespan as they run out of nuclear fuel. The Pentagon considers ballistic subs as vital to the deterrence strategy, because even if the United States is attacked, there would still be an opportunity for retaliation.

But if either the Navy or General Dynamics falls behind on the timetable of having the first Columbia-class sub in service and performing patrols by 2031, the U.S. could fall below the number of subs that the Pentagon says is needed to maintain a continuous deterrent.

The Columbia is a budget battle survivor

General Dynamics has been among the worst-performing prime defense contractor stocks in recent years, and with other shipbuilding efforts under continuous cost pressure, the company desperately needs smooth sailing on the Columbia.

Although nuclear deterrence is a top priority, I can imagine a budget scenario where other aspects of the nuclear triad refresh are delayed. That's a risk for Northrop Grumman (NOC 0.94%), the lead contractor on both the new B-21 bomber and a replacement for the Minuteman intercontinental ballistic missile. 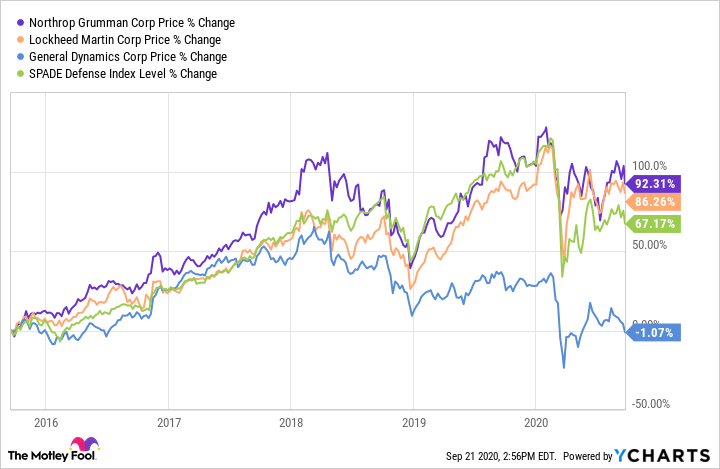 But the Navy will not hold back on the Columbia, and in fact could push to accelerate procurement and development. And it doesn't appear Washington has any interest in tapping the brakes no matter who holds power after November's election.

The Columbia alone isn't likely to be enough to get General Dynamics shares soaring higher. The company still has to work out issues with its Gulfstream business jet unit, and it will take years for the submarine development costs to work through the business and for the program to show profits. But the Columbia is a big enough portion of General Dynamics' future that investors need to watch carefully to make sure it isn't caught up in budget battles.

The indication out of Washington is the submarine program is a survivor. If so, that's one less thing that can go wrong when making the General Dynamics bull case.