Please ensure Javascript is enabled for purposes of website accessibility
Log In Help Join The Motley Fool
Free Article Join Over 1 Million Premium Members And Get More In-Depth Stock Guidance and Research
By Daniel Sparks – Sep 23, 2020 at 7:36AM

New innovations in battery design and manufacturing will lead to the most affordable Tesla vehicle yet, Elon Musk says.

In Tesla's (TSLA 0.03%) highly anticipated Battery Day event on Tuesday afternoon, the electric-car company detailed a range of innovations in battery design and manufacturing. Together, the innovations will more than halve the company's cost per kilowatt-hour (KWh), management believes.

While Tesla's plans for battery production and manufacturing were noteworthy, one of the most straightforward takeaways from the event was a confirmation from the automaker that it plans to launch a $25,000 vehicle in three years.

Here's a look at Tesla's plans for this new vehicle, along with a glimpse into some of the other announcements from the event. 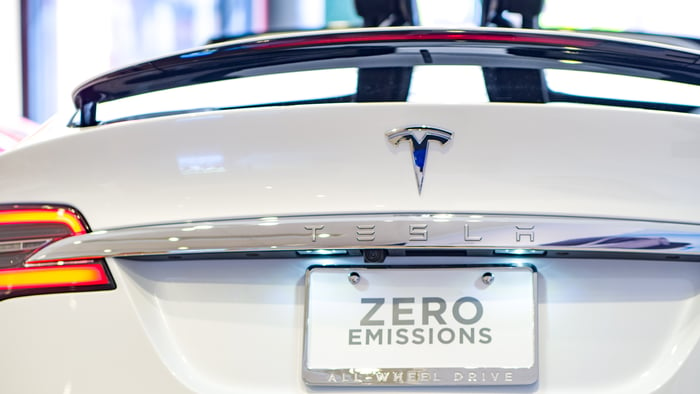 Here comes the most affordable Tesla vehicle yet

Thanks to many of the breakthroughs in battery design and production that were announced at Tesla's Battery Day event on Tuesday, the company now believes it can bring to market a $25,000 vehicle in about three years.

This new car, CEO Elon Musk explained, won't lack the extreme performance and acceleration that Tesla vehicles are known for. Even more, it will include the company's hardware for enabling fully autonomous driving, according to Musk.

Innovation in battery design and manufacturing

While Tesla's $25,000 vehicle was a notable announcement during the event, the main focus was batteries.

Perhaps the most notable news was a new 4680 battery cell form factor that will enable a 16% increase in range while also delivering a 14% reduction in cost per kilowatt-hour at the cell level. The main innovation in the new battery form factor was a breakthrough tabless cylindrical cell design, resulting in significant improvements in energy density and power capacity.

Initially, Tesla will produce this new cell at the company's new pilot manufacturing facility in Fremont, California. Management is aiming for 10 GWh of battery manufacturing capacity within a year at the facility. This compares to Tesla's target for 100 GWh of annual capacity across all of the company's battery cell form factors by next year.

In total, Tesla believes its plans for vertically integrating the cell design and manufacturing process in the coming years will ultimately lead to a 54% vehicle driving range improvement, a 56% reduction in dollar spent per KWh, and a 69% reduction in capital expenditure investment per GWh of battery production. 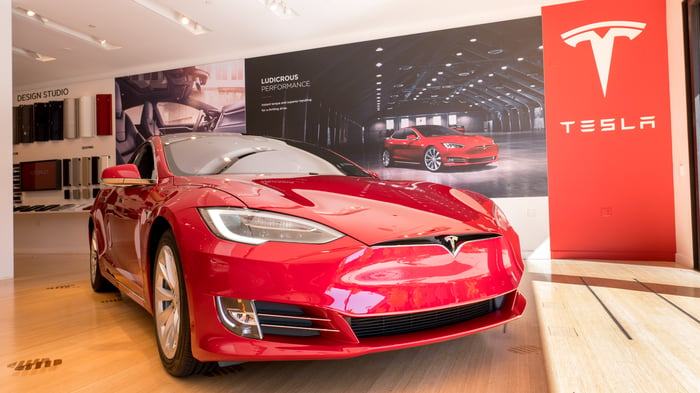 Finally, Tesla wrapped up the event with the debut of a new performance package for Model S: Plaid. Model S Plaid starts at $139,990 and will boast a zero-to-60 time of under two seconds, a quarter-mile time of under nine seconds, over 1,100 horsepower, greater than 520 miles of range, and tri-motor all-wheel drive.

Customers can order the vehicle now on Tesla's website but deliveries won't start until late 2021.