Followers of Tesla (NASDAQ:TSLA) were eagerly anticipating the company's much-hyped "Battery Day" on Tuesday, expecting news of major developments in the electric-car maker's signature technology. What they got was a list of upcoming improvements and promises that may pay off one to three years down the road.

Disappointed shareholders began to question the company's lofty valuation and sold off the stock. By 11:53 a.m. EDT Wednesday morning, Tesla's shares were down more than 9%, dropping below $400 for the second time this month. 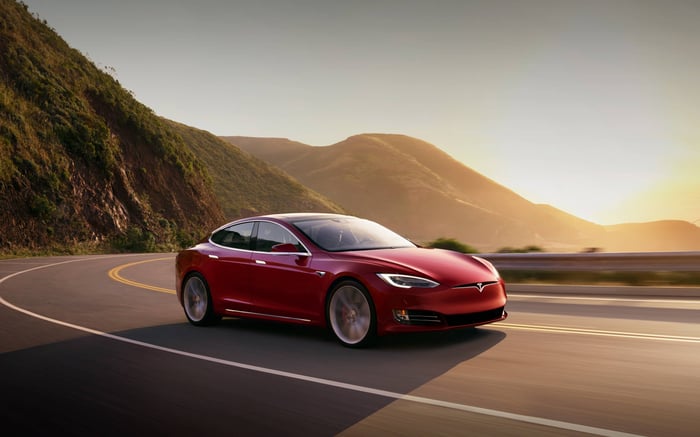 Tesla CEO Elon Musk, who loves to talk at length about vehicle technology, outlined a number of upcoming improvements to the company's battery tech, including:

But the two biggest announcements were only tangentially related to batteries: the 2021 release of the $139,900 Model S "Plaid," featuring the souped-up Plaid powertrain, and a goal of introducing a $25,000 Tesla model in three years.

There was no mention of the much-anticipated "million mile" battery technology, which would represent a significant upgrade to Tesla vehicles' expected battery lifespans. There were also no major surprises, since gradual technical improvements and cost reductions were already widely expected and, arguably, priced into the automaker's stock.

In other words, the main reason "Battery Day" fell flat was that it didn't really improve the thesis for buying the stock.