Please ensure Javascript is enabled for purposes of website accessibility
Log In Help Join The Motley Fool
Free Article Join Over 1 Million Premium Members And Get More In-Depth Stock Guidance and Research
By George Budwell – Sep 23, 2020 at 9:24AM

Aurora's dismal fourth-quarter earnings are weighing on its stock today.

Shares of the Canadian pot company Aurora Cannabis (ACB 1.21%) are poised for a rough day. The company's shares dropped by as much as 18% in pre-market trading Wednesday morning in response to its disappointing fiscal 2020 fourth-quarter results released after the closing bell yesterday.

Aurora's stock is thus set to give back all of its hefty gains from Tuesday's trading session. Speculators poured into this small-cap pot stock yesterday with the hope that the company would report better-than-expected Q4 results. That optimistic scenario failed to materialize, triggering today's double-digit decline ahead of the opening bell. 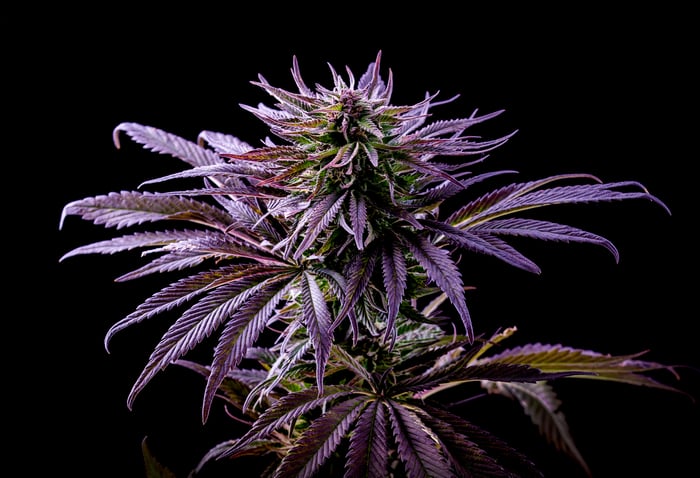 While Aurora's Q4 report contained a number of problematic areas such as a 1.8 billion Canadian dollar goodwill impairment charge, the key figure that appears to be hurting its stock the most this morning is the company's underwhelming outlook for the fiscal first quarter of 2021.

Specifically, Aurora is projecting Q1 cannabis revenue of between CA$60 million and CA$64 million. This dismal quarterly revenue forecast -- if it comes true -- would represent a sequential decline in total cannabis net revenue of between 5.3% and 11.2%. Negative revenue growth obviously isn't what investors signed up for when they bought Aurora's stock.

Should bargain hunters take advantage of this latest dip in Aurora's shares? Unfortunately, the answer seems to be a solid no. The pot company's growth story hasn't gone according to plan, to put it mildly. What's more, the lucrative U.S. cannabis market is likely to remain off-limits -- for the most part -- for the better part of the current decade. Neither the Democratic presidential nominee Joe Biden nor President Donald Trump appear eager to end the federal ban on cannabis, after all.