Can this emerging biotech with just nine employees solve a multibillion-dollar medical problem and enrich its investors?

In May, Cassava Sciences (SAVA 1.25%) stock was down as much as 75% after management revealed that its experimental drug sumifilam did not meet its phase 2 study's primary endpoints for targeting Alzheimer's disease. The drug has been resurrected, however, after its study data was sent to a second independent research firm, which noticed trends between study groups that were not apparent during the first data analysis.

The company now views the trial as a success. As a result, Cassava shares have made back all their losses since May and are up a staggering 743% year over year. Management seems confident in the reversal, with more than 46,000 shares purchased by insiders within the past week. Will Cassava's sumifilam be the cure to this medical need? Let's find out. 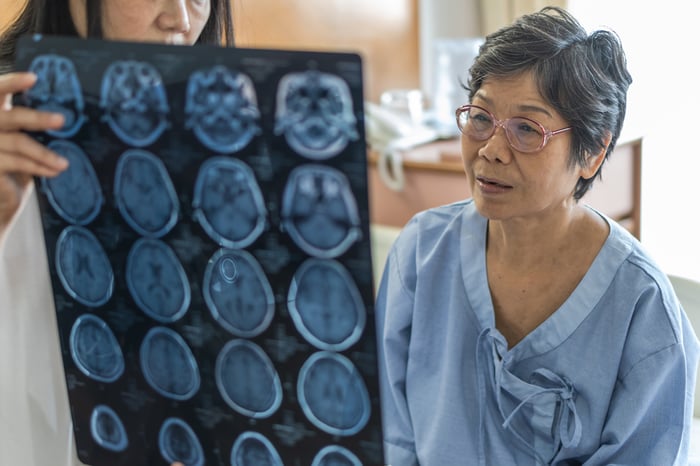 Is the data any good?

The small phase 2 clinical trial studied the effects of sumifilam versus placebo among 64 patients over four weeks. In the end, patients who took sumifilam witnessed a statistically significant favorable change of between 8% to 17% in critical biomarkers such as total tau, phosphorylated tau, and amyloid-beta in the brain. Abnormal levels of these biomarkers in patients with Alzheimer's are theorized to disrupt nerve cell function, leading to dementia. The drug was found to be safe and well-tolerated.

With these promising results, investors are probably wondering why Cassava isn't already a billion-dollar company instead of having a market cap of just $240 million. There are ample reasons for caution.

First of all, there is no guarantee that the drug can show benefits in large-scale efficacy testing or maintain its cognitive improvements over a long period. The phase 2 clinical trial was too small and short to prove that sumifilam can be a game-changer. Additionally, chronic drug-related safety issues would be hard to detect in a study that ran for just 28 days.

Second, although the beta-amyloid hypothesis has inspired countless new drug candidates to target Alzheimer's, none have succeeded in the past two decades. Only one drug, Biogen's (BIIB 4.72%) aducanumab, is awaiting an approval decision by the U.S. Food and Drug Administration, but even that drug has its fair share of controversies.

The other biomarkers that responded to sumifilam may not transition into a clinical benefit either. Case in point, on Wednesday, AC Immune's (ACIU -2.67%) tau-treatment candidate semorinemab failed to improve patients' cognition against placebo in Phase 2. The trial studied 450 participants over 18 months.

It can cost up to $5.6 billion over 13 years for an Alzheimer's drug candidate to advance from preclinical studies to FDA approval. With just $25.3 million in cash left on its balance sheet, Cassava would likely have to partner with a large-cap biotech, raise equity, or witness a buyout of its assets for its sumifilam investigation to continue.

In any scenario, it is important to keep in mind that not only are Alzheimer's drugs risky to develop, they also cost seven times more than cancer drugs in terms of research and development efforts. Hence, Cassava is likely a stock that fits only the most seasoned biotech investors' mindset with a high-reward, high-risk mentality.

Right now, the science is just too stacked against biomarker-targeting Alzheimer's drugs to make them a safe bet for investors. If investors are looking for a company with a promising Alzheimer's drug, they should at least make sure it's a large-cap pharma in case its clinical trials turn sour. Unfortunately, sumifilam is the only advanced-stage candidate in Cassava's pipeline, and it could bring back shareholders' memories of stock action in May should it fail subsequent clinical investigations.