On Wednesday, military and commercial software company Palantir will have its direct listing on the New York Stock exchange. Founded during the war on terror, this company has attracted some controversy given its work with the military and special operations wings of the U.S. and allied countries.

Still, at its heart, Palantir is an interesting big data software company posting accelerating growth numbers. While I have several concerns about the company that may prevent me from investing at the outset, there's a bull case to be made for scooping up Palantir's shares when they become available at the right price. 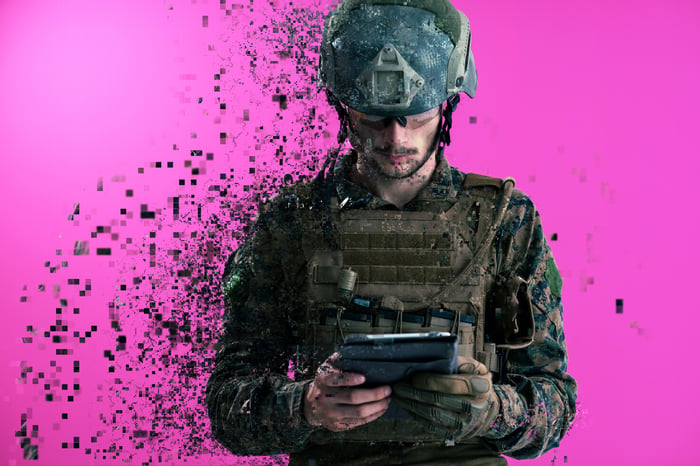 Some will likely notice Palantir's revenue has accelerated in the first half of 2020 to 49%, well above the 25% growth posted in 2019. That acceleration might have come from increased usage amid the pandemic at U.S. Department of Health and Human Services, which is a Palantir customer. However, Palantir thinks many of its current and potential customers now realize they need Palantir's big data operating system more than ever in times of crisis:

The pandemic has made clear to many customers that accommodating the extended timelines ordinarily required to realize results from implementing new software solutions is not an option during a crisis. As a result, customers are increasingly adopting our software, which can be ready in days, over internal software development efforts, which may take months or years.

In addition to a potential pandemic "bump," there may be another underlying -- and more sustainable -- reason for the revenue acceleration.

Palantir filed against the U.S. Army in 2016. Though a Palantir customer, the Army also turned to internal resources for large-scale software system replacements without first considering commercial options. Palantir won the lawsuit and a subsequent appeal at the United States Court of Appeals for the Federal Circuit in 2018, which changed Army policy. Palantir v. United States leveled the playing field. The Beltway contractors suddenly faced the unfamiliar economics of a new business model in markets where they previously had enjoyed incumbent status. They must now develop and build their own software products in order to compete. This work will take years, add research and development costs to their balance sheets, and may not ultimately succeed.

Finally, Palantir appears to be gaining traction in new industries. In 2019, the company added nine new industries to its customer base out of a total 36 industries it now serves, increasing its industry exposure by 25% in just one year. 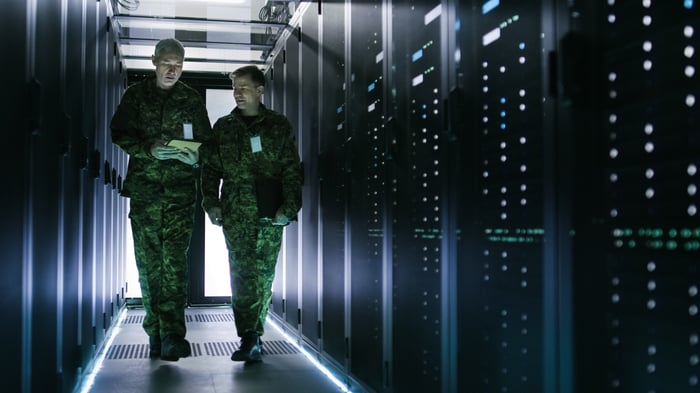 Profit margins may be sustainably higher in the future

Not only might Palantir's revenue continue outperforming, but the company may have also found a way to sustainably raise contribution margins. Contribution margins are important because these show the true profitability of the revenue against variable expenses, showing what kind of leverage Palantir might be able to achieve as it grows.

In its S-1 filing, Palantir shows a big spike in contributions beginning in the fourth quarter of 2019 -- pre-pandemic -- then increasing over the first two quarters of 2020. Contribution margins have increased from 18% to 55% over the course of just one year.

It appears these margins aren't just from COVID-19 spending decreases, but rather a technological improvement that greatly reduces the costs associated with implementing and running the company's software platforms:

The improvements in our operating results have principally been driven by a significant decrease in the time and number of software engineers required to install, deploy, and manage our software platforms. The time required for a customer to start working with their data in our platform has decreased more than fivefold since Q2 2019 to an average of 14 days in Q2 2020. In some cases, a customer can now be up and running in six hours. Integration with existing systems has also become faster. We have developed data integration connections for enterprise resource planning (ERP) systems used by many large organizations to manage their data, enabling customers to map their data into a generalized framework for modeling the real world and to start building applications in as few as 4 days in Q2 2020, down from as many as 45 days in Q2 2019.

Thus, it appears that Palantir's margins may increase going forward due to these technological efficiencies, justifying the heavy investments and large net losses in its recent past.

Of course, Palantir isn't likely to get all of that market, as it's up against some of the biggest enterprise software companies in the world for corporate data management. Still, spending on data management, integration and orchestration, application development, cybersecurity, and other concerns addressed by Palantir's solutions is likely to grow. The overall market opportunity will thus probably expand in the years ahead as well.

Tempting at the right price, but red flags to consider

We still don't yet know the price at which Palantir will hit the market, and I'm unlikely to dive in just yet. I'm generally reluctant to buy new issues with lots of press surrounding them, and I have some specific concerns around Palantir's customer concentration, corporate governance, and high stock-based compensation. Still, tech investors shouldn't dismiss the aforementioned positives that could make Palantir an appropriate addition to a diversified tech portfolio. Just make sure you go in with your eyes wide open.