The beverage giant is hoping a coffee-spiked Coke will restart sales growth in January. Are you caffeinated?

If you find yourself flipping from Coca-Cola (KO 2.53%) soft drinks to brewed coffee as your caffeinated fixes, good news: In a few months, you may not have to choose. The world's largest beverage company is introducing Coca-Cola With Coffee in the thirsty U.S. market come January, giving drinkers the ability to sip both drinks out of the same can.

The new product will feature Coca-Cola's namesake pop blended with brewed Brazilian coffee. The offering will come in three flavors: caramel, dark blend, and vanilla. They will be packaged in the same svelte yet tall cans it's been using to market some of its millennial-targeting cola beverages. 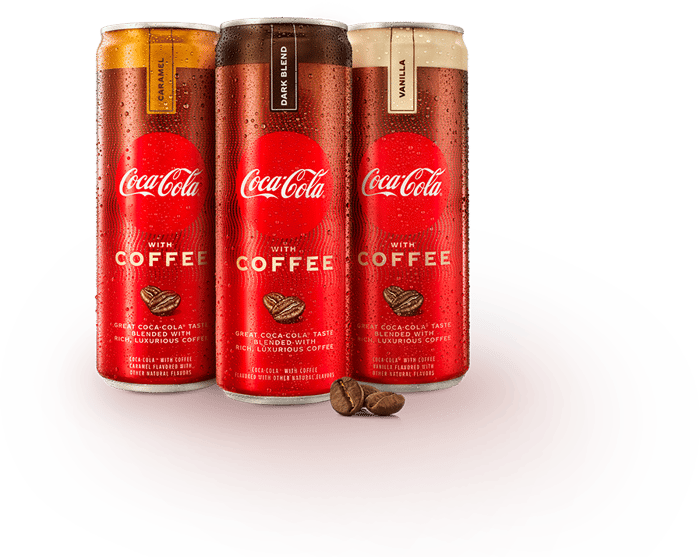 Coca-Cola is no stranger to java. It owns the Georgia Coffee and Costa Coffee brands. Coca-Cola With Coffee also isn't an entirely new product line. The beverage behemoth initially rolled out in trial form in Australia a couple of years ago. Coca-Cola went on to tweak the product as it rolled it out in Vietnam and other regions as Coke Plus Coffee.

There is certainly no harm in trying to break in a new product. Coca-Cola is struggling, and that's been the norm since soft drink consumption peaked in 2004. Revenue has declined in six of the past seven years, and this year has been dreadful.

Coca-Cola may seem to be recession-proof and even pandemic-proof. It experienced a brief spike in March with consumers stocking up on beverages. It didn't last. Organic revenue plunged 26% in its latest quarter, as store-level sales were no match for restaurants, movie theaters, and other fountain-fizzing outlets that were largely shut out during the period.

The catalog is huge here. Through a combination of homegrown rollouts and several big-ticket acquisitions Coca-Cola's empire now spans more than 4,700 products across more than 500 different brands. A new product line won't move the needle, but every little drop helps.

Coca-Cola may be a market darling for income investors. It's a Dividend Aristocrat, having boosted its payouts for 58 consecutive years. However, even adjusted for the stock's 3.3% yield, the shares have returned a decline of 9% in value this year. It's time for Coca-Cola to wake up, and coffee-spiked cola could be the recipe it needs to make that happen.