Please ensure Javascript is enabled for purposes of website accessibility
Log In Help Join The Motley Fool
Free Article Join Over 1 Million Premium Members And Get More In-Depth Stock Guidance and Research
By Leo Sun – Sep 30, 2020 at 8:45AM

Amazon is jumping abroad the cloud gaming bandwagon -- but will it stand out in an increasingly crowded market?

Luna will feature separate "channels" of games. Each channel will offer unlimited access to a set library of games for separate monthly subscription fees. That approach will presumably allow publishers to maintain control of their own games -- a sore spot that sparked an exodus of publishers from NVIDIA's GeForce Now platform earlier this year.

Amazon has only introduced two channels so far: the Luna Plus channel and the Ubisoft channel, which will both launch with about 50 games. 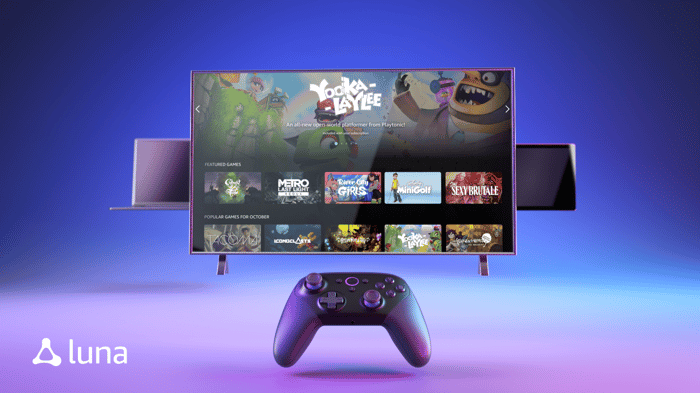 2. How Luna stacks up against the competition

By comparison, Google's Stadia Basic tier, which lets players stream games they already purchased at 1080p, is free. The Pro tier, which offers 4K streaming, costs $9.99 per month and occasionally offers free games. However, Stadia is essentially a cloud-based storage locker for previously purchased games, instead of an all-you-can-play cloud service.

Microsoft's xCloud will be bundled into its Xbox Game Pass Ultimate subscription, which includes Xbox Live and the Game Pass unlimited download platform, for $14.99 a month. Game Pass and xCloud both offer unlimited access to over 100 games.

GeForce Now offers a free tier, which lets users stream their own purchased games (from participating publishers) at up to 1080p at 60fps in one-hour sessions. The paid version, which costs $4.99 per month, boosts the time limit to six hours and offers access to higher-end GPUs.

Luna will run on PCs, Macs, Fire TV devices, iOS devices, and Android devices. On iOS, it's a PWA (progressive web application) that runs through the web browser instead of the App Store -- which bypasses the drama regarding Apple's 30% cut of app revenues and its recent restrictions on xCloud, Stadia, and other cloud-based platforms. 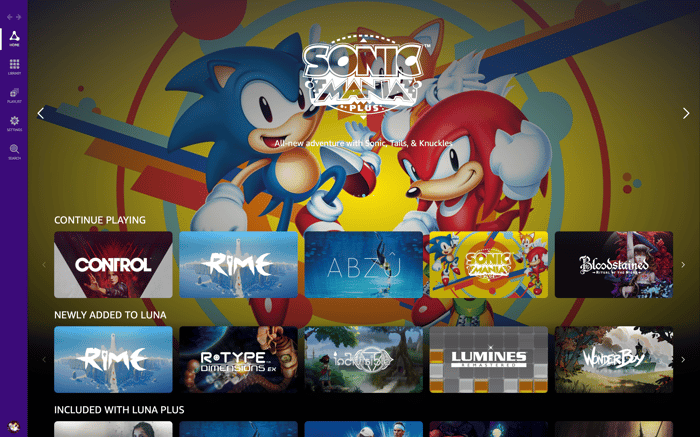 4. It's powered by NVIDIA's hardware

Luna will be powered by Amazon Web Services (AWS) and NVIDIA's GPUs. By comparison, Stadia and xCloud both use AMD's (AMD -1.65%) GPUs instead of NVIDIA's.

If Luna gains momentum, it could strengthen NVIDIA's data center business -- which generated 45% of its revenue last quarter -- and complement the segment's growth in the AI market.

5. Luna will be integrated with Twitch and Alexa

Amazon plans to integrate Luna with Twitch's streaming platform in the near future. That move, which mirrors Google's recent integration of Stadia into YouTube Gaming, could reinforce Twitch's lead in the game streaming market.

Twitch accounted for 67.6% of all game streaming hours watched in the second quarter of 2020, according to Streamlabs. YouTube Gaming accounted for another 20%, followed by 11% for Facebook and just 1.4% for Microsoft's Mixer -- which was discontinued earlier this year. The expansion of Luna and Twitch should also complement Amazon's own game publishing plans, which include new first-party games like New World.

Luna will also be integrated with Alexa, which will accept voice commands through the optional Luna controller. That integration should tether the service to Amazon's Echo devices and other Alexa-enabled devices.

6. It's an ecosystem play, not a revenue one

Right now, Amazon is only accepting "early access" applications for Luna's limited launch in October. But when Amazon officially launches Luna, it probably won't generate enough revenue to reduce the company's dependence on its core e-commerce and cloud businesses.

Instead, Amazon will likely expand Luna to widen its moat against Google, Microsoft, Facebook, and other tech ecosystem rivals. It will also likely bundle discounted or free plans into Prime to expand its base of paid subscribers -- which surpassed 150 million worldwide at the end of 2019.