A new executive order from President Trump bodes well for the company's Alaskan Pebble Mine project.

Shares of Northern Dynasty Minerals (NAK 1.96%) are up 6% as of 2 p.m. EDT, after topping out at a gain of 12% earlier today. Other domestic mining companies, including MP Materials, which is going public through a merger with the special purpose acquisition company (SPAC) Fortress Value Acquisition, are also surging today.

The rare-earth miners are rising today after President Donald Trump signed an executive order yesterday declaring a national emergency in the mining industry, saying it was "particularly concerning" that the United States imports 80% of its rare-earth elements directly from China.

The order says these are critical minerals that products for the military, national infrastructure, and economy rely on most. 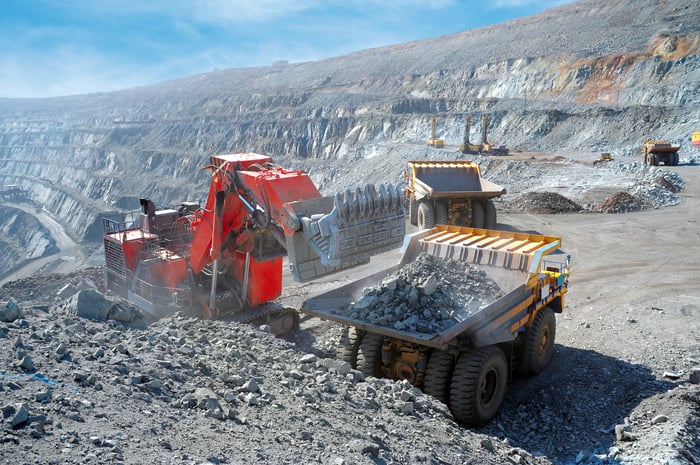 A more sweeping comment is what has investors looking at Northern Dynasty today, however. The order states that the "United States must broadly enhance its mining and processing capacity, including for minerals not identified as critical minerals and not included within the national emergency declared in this order."

Those comments bode well for the pending approval of Northern Dynasty's Pebble Mine project in Alaska. Approval will allow the company to begin to extract known deposits of copper, gold, molybdenum, silver, and other metals.

The U.S. Army Corps of Engineers has submitted its policy position on the project, and the company is working to finalize a wetlands mitigation plan to satisfy requirements. The project has been the direct subject of Twitter comments from both the president and his son Donald Trump Jr. in recent weeks.