These tech companies are worth a look no matter who you think will win in November.

The presidential election is roughly one month away, and it could add another wrinkle to a year that's already brought record volatility for the stock market. Investors can make moves to prepare for potential election outcomes, but the guiding focus should remain on finding companies that look poised for long-term growth.

Read on for a look at two stocks that stand out as attractive investments at current prices. One of these companies might be better positioned for success under a second term for President Donald Trump, while the other might perform better if former Vice President Joe Biden takes the office. 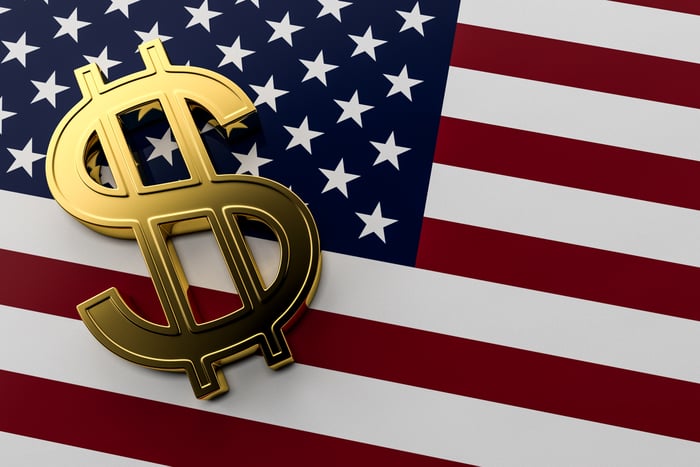 Regardless of who wins the election, Cisco Systems (CSCO -0.74%) should see significant tailwinds from trends including the Internet of Things and the rollout of 5G network technologies. Cisco is also a worthwhile play in cybersecurity -- a field that's in heavy focus due to more business shifting to the digital space and a rapid rise in the number of cyber attacks.

The network hardware and services giant is valued at roughly 13 times this year's expected earnings and sports a 3.6% dividend yield. That looks like an attractive entry point for long-term investors no matter which candidate secures the presidency this fall, but it could prove particularly worthwhile if President Trump retains the office.

Among the points listed on Trump's official 2020 policy platform is a provision to "win the race to 5G and establish a national high-speed wireless internet network." Making good on that goal might require closer collaboration between the government and network technology leaders, including Cisco.

Cisco was one of the biggest winners of the 2017 Tax Cuts and Jobs Act, with the legislation significantly lowering the networking giant's effective tax rate and allowing it to repatriate a large pool of overseas earnings at a significantly lower rate. With President Trump proposing another round of tax cuts and aiming to bolster the strength of American technology and network communications businesses in light of mounting tensions with China, it's reasonable to expect that Cisco could once again emerge as a big winner from a new tax bill or other policy initiatives.

White House Chief of Staff Mick Mulvaney has said that the president would like to do a second round of tax cuts and could aim to lower the corporate tax rate from 21% to 20%. That might not sound like much, but tax cuts have been a substantial factor in the gains for Cisco's earnings and dividend over the last five years, and there are good reasons to think that the company could post better earnings under a Republican administration.

Baozun (BZUN -5.91%) provides website creation tools, customer management, order fulfillment, and other services that help large Western brands expand in China's online retail market. Chinese e-commerce has never been hotter, and eMarketer estimates that spending in the category will rise roughly 24% this year to hit $2.4 trillion. However, Baozun's stock performance over the last couple of years hasn't reflected the strength of online retail in the country.

The company's stock has lost roughly 34% of its value over the last two years due to trade pressures and slowing growth, among other factors. Shares recently slumped after the company introduced new share offerings in order to raise funds and facilitate its next growth phases.

Despite setbacks for the stock, Baozun still looks like a worthwhile play for risk-tolerant investors willing to embrace potential turbulence in pursuit of big long-term gains. The company now has a market capitalization of roughly $2 billion and trades at 24 times this year's expected earnings. That's an attractive valuation for a company that's leading its niche in a transformative industry, and its outlook could be even better with a Biden win this fall.

Baozun should be fine if President Trump defeats Joe Biden and holds on to the executive branch, but the stock could see a significant boost if the Democratic challenger unseats the incumbent. The Trump administration has taken a tougher stance on trade with China, highlighting issues including import-export trade deficits and intellectual property theft. The protracted trade war and current shaky truce have dampened investor confidence in Baozun.

A Biden victory in November could reduce the risk of substantial new tariffs and alleviate concerns that Chinese consumers will be less likely to purchase U.S. brands due to rising political tensions between the two countries. Some tensions between the competing economic powers will remain regardless of the election outcome, but Baozun looks like a portfolio addition that could be better positioned to prosper under a Biden administration.

3 Dividend Stocks That Pay You More Than PepsiCo Does
376%