Shares of BlackBerry (NYSE:BB) declined 10% in September, according to data provided by S&P Global Market Intelligence. The market suffered from broad declines in the beginning of the month, which hit tech stocks particularly hard, and BlackBerry reported fiscal second-quarter results near the end of the month.

Investors had mixed reactions to the earnings release, sending shares up as much as 11% that day before they closed down modestly. Adjusted revenue grew slightly to $266 million, which resulted in adjusted net income of $62 million, or $0.11 per share. Both top- and bottom-line results beat analyst estimates, but there are lingering concerns around the auto market's recovery. 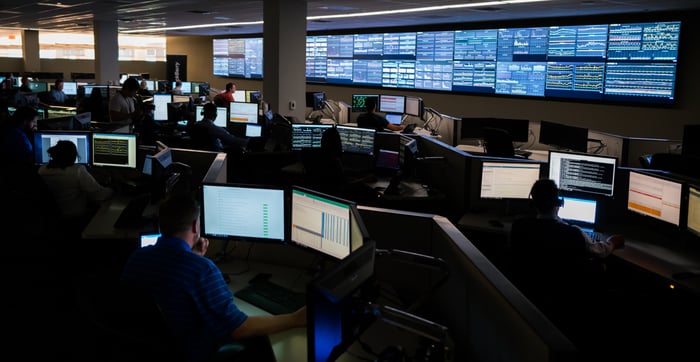 The company's BlackBerry Technology Solutions (BTS) segment predominantly consists of licensing out the QNX operating system to automakers, and that highly cyclical sector has been hit hard by the pandemic. Additionally, the Cylance acquisition that closed in 2019 hasn't lived up to BlackBerry's expectations.

BlackBerry launched Spark, a suite of enterprise end-point security services, earlier this year, and CEO John Chen said that customer interest for the offering was strong and that demand was growing. The company has seen some success in getting customers to upgrade, helping to offset some of the weakness in other segments like BTS.

Chen is encouraged that auto production is starting to recover, while BlackBerry continues to score design wins for QNX. The company did not provide detailed guidance for the fiscal third quarter due to ongoing macroeconomic uncertainties related to COVID-19, but still expects revenue this fiscal year to be approximately $950 million.