Shares of Pinterest (NYSE:PINS) were moving higher after the virtual pin-board operator got a boost from some bullish analyst ratings and became the top downloaded app in the middle of the month with the help of Apple's iOS 14.

According to data from S&P Global Market Intelligence, the stock finished up 13%. As the chart below shows, the stock quickly recovered from the sell-off in tech stocks at the beginning of the month. 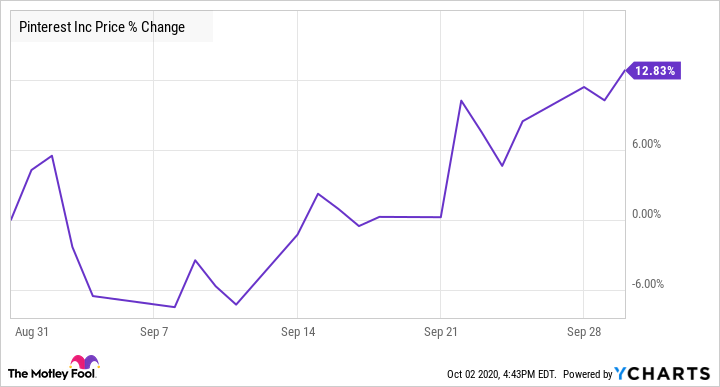 Pinterest shares slipped in the first week of the month as the Nasdaq fell into a correction in just three sessions following a rally at the end of August. While tech stocks generally struggled to recover over the duration of September, Pinterest bounced back, gaining 7% on Sept. 14 after KeyBanc initiated coverage on the image-sharing platform with a buy rating, saying it was benefiting from digital acceleration during the pandemic and was appropriately valued. 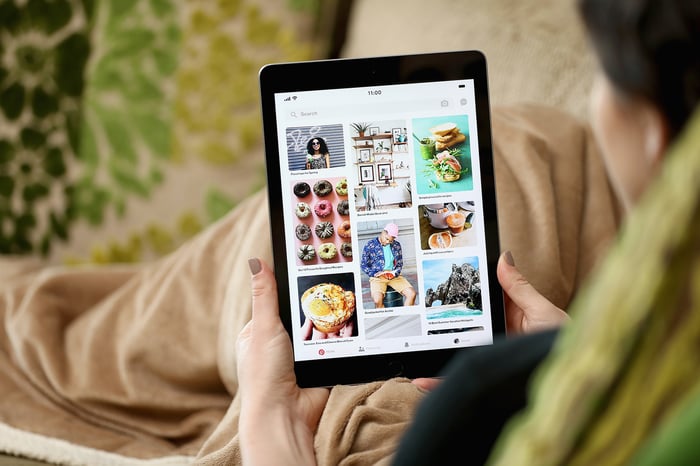 The following week the stock surged again as Pinterest became the most-downloaded free app; iPhone owners turned to Pinterest for tips on how to redesign their home screen, which is now able to hold multiple images instead of just one.

Finally, Pinterest shares gained on the final week of the month as Guggenheim began coverage with a buy rating and drew parallels between social media companies like Pinterest and software companies.

After a disappointing 2019, Pinterest has emerged as a breakout star this year with the stock more than doubling year to date and up more than four times from its bottom in March. Its user base is growing quickly during the pandemic, and it should be able to build a strong ad business as many of its users want to see ads on the platform, given its discovery and image-based nature. Considering its momentum and the fact that the pandemic shows no signs of letting up, the stock seems to have more room to run and should have a bright future over the long term.