Snap (SNAP -2.21%) stock has become more photogenic over the past two years. As the company improved monetization and expanded its user base, its stock has risen.

However, Snap has become a pricey stock even as it contends with increasing competition from TikTok and continued pressure from the dominant company in social media, Facebook. Such duress could make the upward momentum in the communication stock disappear like a Snapchat photo.

The state of Snap stock

Soon after its 2017 IPO, Snap faced increasing competition and reported stagnant growth in daily average users (DAUs). That changed last year when the company found an effective strategy to increase ad revenue -- developing video content. These programs, called Snap Originals, are short programs shown in a vertical video format (like Snapchat itself) that include 6-second commercials.

Snap's proprietary videos helped to bolster what was an almost nonexistent competitive moat. The changes helped to take Snap stock from penny-stock status to a price of over $25 per share. Despite the sell-off in February and March, it has risen by close to 50% year to date. 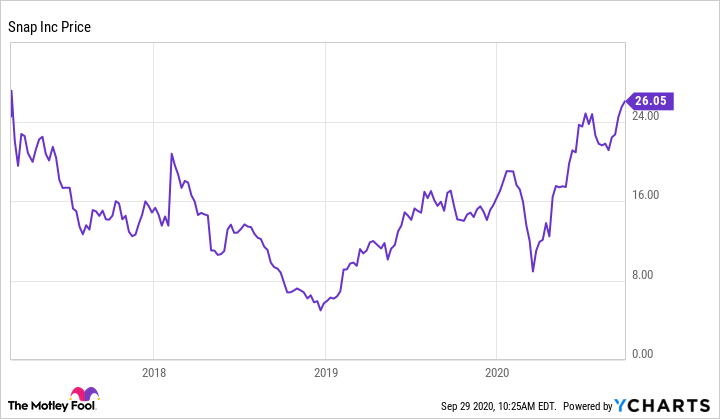 Snap's financials have also seen a steady improvement. Analysts forecast almost 28% revenue growth this year, and by next year, they predict the company will turn profitable. Moreover, although Snap burned more than $82 million in cash in the most recent quarter, it holds more than $1.25 billion in liquidity. This should keep Snap afloat until it can turn a profit.

However, Snap continues to face challenges, including significant, though uncertain, competition from TikTok, which outpaces Snapchat in downloads. Complicating the TikTok picture is its China connections. The Trump administration has targeted TikTok and so far, only a court order prevented a ban on the site in the U.S. A ban would remove a major Snapchat competitor in the U.S. 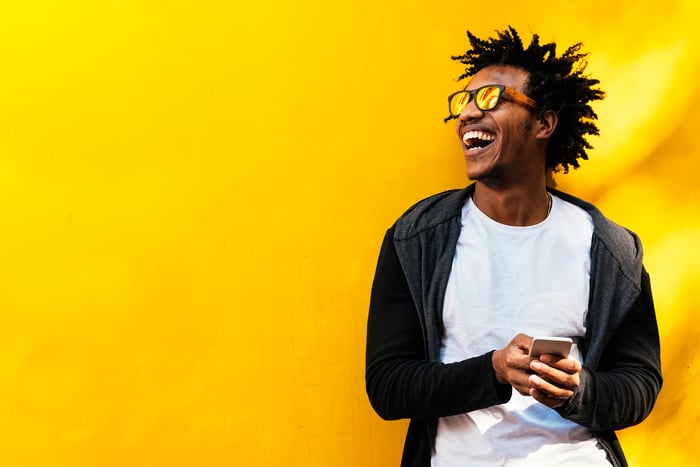 Nonetheless, even if that occurs, competition from Facebook apps would remain a concern for Snap. Both Facebook and its Instagram added a "stories" option to compete directly with Snapchat. At the time, this spooked Snap investors, at least until the company implemented a successful ad strategy.

Investors are also likely worried that Facebook's liquidity of over $58 billion overshadows Snap's $1.25 billion in cash and cash equivalents.

Despite an improving outlook, it remains unclear that Snap's increased revenue and higher DAUs will translate into sustained growth for the stock. Snapchat has undoubtedly boosted its prospects now that it attracts higher DAUs through videos and better monetizes its platform. Still, despite improvements, cash flows remain negative.

With the competition it faces, investors may do better looking elsewhere.