With sales yet to fully recover in the U.S., it's no surprise Starbucks (NASDAQ:SBUX) shares are still down year to date. The ubiquitous coffee chain took a huge hit when the coronavirus pandemic caused a work-from-home trend that disrupted when and how people consume their daily coffee. Although comparable sales continue to show sequential improvement month after month, management still thinks more can be done to bring revenue back to pre-COVID levels.

"We anticipate that comparable store sales will substantially recover in China and the U.S. in fiscal 2021 by the end of our first quarters and second quarters, respectively," said CFO Patrick Grismer on the most recent earnings call. Handheld point-of-sale at drive-throughs, curbside pickup, and a revamped Stars for Everyone rewards program are all key initiatives Starbucks will employ.

I believe the last action, Stars for Everyone, will benefit the business and stock price the most.

The way it used to be

Prior to September 15, the only way coffee enthusiasts could earn stars, or rewards, from Starbucks was to pre-load the company's digital app with money before making a purchase. Think of it like buying a digital gift card every time you wanted to get coffee. While this created an added step to earning rewards, it was extremely popular due to the repeat nature of coffee transactions. During the third-fiscal quarter, customers in the U.S. and Canada loaded nearly $1.5 billion onto the app, compared with total revenues of $4.2 billion. 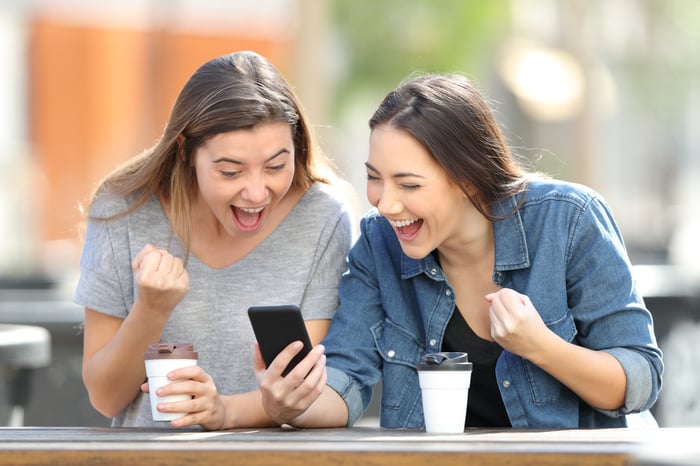 Coffee drinkers weren't the only ones who benefited by gaining free coffee and food. The pre-load system also helped Starbucks. When money is loaded onto the app, consumers are essentially lending money to the company (at a zero-percent interest rate), which they will "redeem" at a later date by making a purchase. A portion of this money -- which Starbucks keeps -- goes unused after a certain period of time. In fiscal 2019, Starbucks recorded breakage revenue of $141 million, all because people forgot to use the money they had on the app.

While customers can still choose to pre-load money onto the Starbucks app, the new system gives more ways to pay. A debit or credit card, as well as cash can be used as payment while earning rewards. But what's the catch? Those who deposit money in the app earn two stars, or rewards points, per dollar spent, while those who choose a different payment method only earn one star.

It may seem like a subtle change, but it helps Starbucks gain new rewards members who weren't comfortable with the prior option. A whopping 46% of Starbucks purchases from April through June were made using the app, showcasing just how successful the program has been.

The biggest point of friction for earning rewards (loading money in the app) has now been eliminated, which should drive membership numbers and app transactions higher and help support sales recovery efforts as the world slowly moves past the pandemic. The expansion of payment options will appeal to a wider audience, and once Starbucks gains a new member, the company has more opportunities to increase engagement and drive loyalty.

Breakage revenue could very easily decline in the future, but that's a small price Starbucks will pay in order to attract new members who then choose to frequent its coffee shops more than competitors'. The massive store base certainly helps, as more locations and a robust rewards infrastructure drive repeat business and loyalty. As of June 28, Starbucks had 16.3 million rewards members. A huge drop from the prior quarter, but this number should trend upward as people slowly get back to their normal schedules and shopping patterns.

Starbucks has done a marvelous job of getting Americans to prioritize drinking coffee before getting anything else accomplished in the day. Even though the pandemic has altered this dynamic temporarily, the coffee pioneer's stock price will recover nicely in the coming quarters. A new-look rewards program is the key to getting there.