The four products in the line are all being spruced up.

Two hugely popular apps, conspicuous by their omission on Facebook's (META -6.79%) Portal TV, will soon be added to the platform. On Tuesday, Facebook announced that Netflix (NFLX -2.25%) and Zoom Video Communications (ZM -1.96%) would be made available through the device.

Portal TV is one of four video communication gadgets from Facebook, a product line originally released in 2018. Portal TV is the only one that attaches to and provides a feed for a TV; the rest are stand-alone screens. 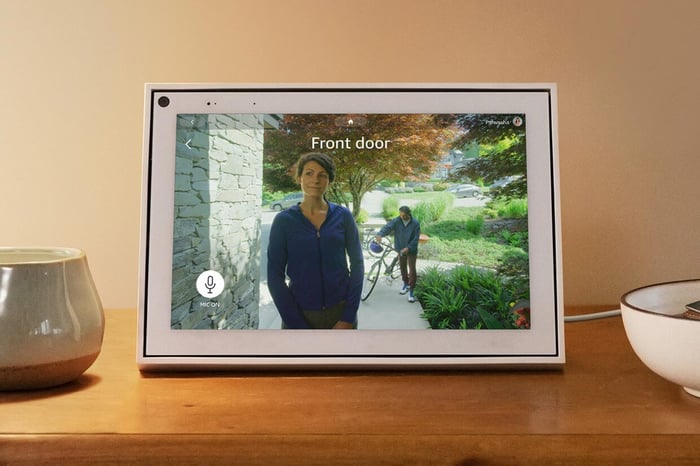 Another Portal TV innovation from the company is a new remote, with one-touch buttons for the Netflix and Amazon streamers, in addition to the company's native Facebook Watch service.

Perhaps more significantly, given the explosion in popularity thanks to the great many work- and school-from-home situations at the moment, a Zoom on Portal app will be available for three of the four offerings in the product line -- Portal, Portal Mini, and Portal+. The inclusion of Zoom is sure to be a big selling point for the Portal line, as it is a requirement for many remote-working employees and schoolchildren.

Facebook has pledged to bring Zoom to Portal TV at some point in the future, although it did not provide an estimated launch date.