Value-oriented retailer Dollar General (DG -0.43%) will soon be testing the waters of a slightly more affluent customer base than it's typically served in the past. On Thursday, the company unveiled its new popshelf store concept initially meant to attract families earning between $50,000 and $125,000 per year.

The 16,720 Dollar General Stores currently in operation are, in general, found in smaller and less affluent communities. The company says about 70% of its stores are found in towns with populations of less than 20,000, and that 75% of the nation's consumers live within five miles of a store. This location strategy has largely removed the much bigger Walmart as a prospective head-to-head competitor, but it's also meant Dollar General tends to serve lower income families. CEO Todd Vasos has said in the past that the majority of its business comes from families with annual household incomes of less than $50,000. Other estimates indicate the retailer's core customers are families earning less than $40,000 per year. 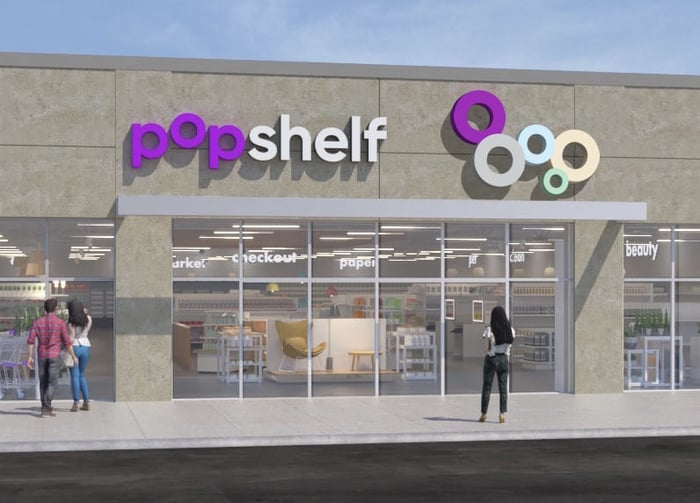 Popshelf stores won't simply be located in more affluent zip codes, however. The merchandise mix will be different too. Whereas Dollar General stores focus on consumer staples, popshelf will feature home decor, party supplies, entertainment goods, and other non-consumables that "bring joy" to shoppers. The company isn't completely abandoning its value-oriented basics roots, however. Thursday's announcement explained that 95% of the items sold in popshelf stores will cost $5 or less.

The first two popshelf stores will open this fall near Nashville, Tennessee. Dollar General plans to open around 30 of these stores by the end of the coming year.