The home-fitness company's unbelievable retention metrics may have been enough to make a big wager on the IPO.

Connected-fitness company Peloton Interactive (PTON 7.20%) went public on Sept. 26, 2019, and the initial public offering (IPO) was an overwhelming dud. The IPO was priced at $29 per share, which was at the high range of expectations. But the stock began trading at $27, and it ended the year lower than where the IPO priced.

There was plenty to like with Peloton when it went public, as we'll see in a moment. But there was also reason for concern, even if those fears seem overblown in hindsight. Let's look at why someone would have wanted to bet big on Peloton's IPO and what we can learn from this to spot tomorrow's life-changing investments. 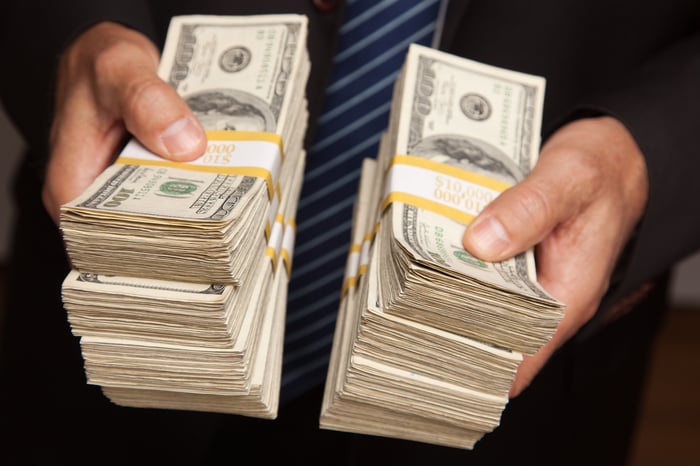 To be clear, investing $5,000 in Peloton's IPO would have been a substantial sum for most Americans. According to a 2015 study by the Transamerica Center for Retirement Studies, the median value of retirement accounts among all adults was $63,000. It's possible that number has crept up over the past five years. But still, many stock portfolios don't exceed $100,000 in value, which makes a $5,000 Peloton investment a core holding.

With $5,000, investors could have purchased 185 shares of Peloton from where they started trading. Again, looking at our median retirement account, that's about 8% of the total value. Supposing you made equal investments in other stocks, your portfolio would only have room for about 12 or 13 stocks. When investing in stocks, you might want to be more diversified than that.

That said, investing an outsize amount in a single stock can make sense when the situation is right. As investing legend Charlie Munger said: "The wise ones bet heavily when the world offers them that opportunity. They bet big when they have the odds." So, did Peloton IPO investors have the odds? 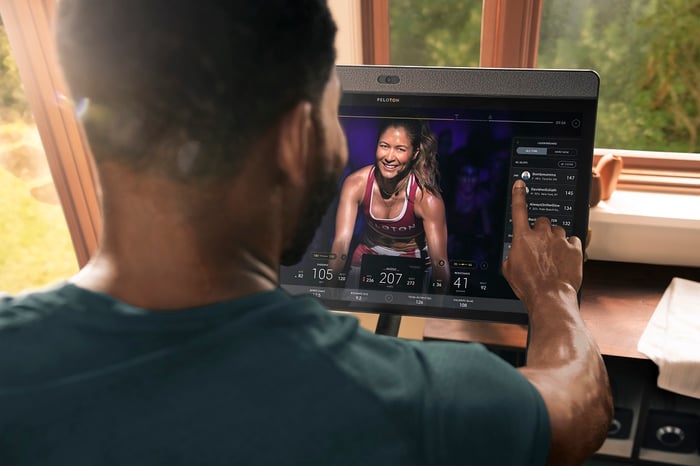 When companies go public via an IPO, the Securities and Exchange Commission (SEC) requires registration documents to be filed, like an S-1. These are what investors rely on in the days leading up to shares trading on the public market.

Peloton's S-1 showed that its subscribers were growing at more than a 100% compound annual growth rate (CAGR) and that it had still only reached 4% of its serviceable addressable market (SAM) -- households that might want the company's existing products. Furthermore, it's total addressable market (which accounts for future fitness-product possibilities) was estimated to be nearly five times that of the SAM.

That indeed sounds like a juicy growth-stock opportunity. But Peloton wasn't without risk. For example, the company's SAM was estimated at 14 million connected-fitness hardware products. But these machines are pricey, and investors questioned whether that many people would actually buy a Peloton -- especially when competitors offer cheaper options. Furthermore, Peloton had a $300 million lawsuit hanging over its head related to music royalties. The company has since settled the case, but at the time of the IPO, it was cause for concern.

To summarize, Peloton looked impressive in its registration documents. But this isn't surprising since most companies frame their growth narrative in an attractive way when going public. There were also some concerns about the IPO, but that's true of all stocks. That's why it's important to dig deeper to uncover the makings of a strong long-term business model.

Here's what got me to believe Peloton might be building something special. High-margin subscription revenue was 20% of Peloton's total revenue in 2019 and growing at a faster rate. And its customer retention metrics were off the charts. In the S-1, it said that 92% of people who had ever bought Peloton hardware were still Peloton subscribers.

This strongly suggested Peloton was building a sustainable and profitable business for the long haul. And the stock traded at only around seven times trailing sales at its IPO despite growing revenue by triple digits. That sounds like a business worth placing a big bet on.

In the end, if you made a $5,000 bet on Peloton's IPO, your 185 shares are now worth approximately $21,300. That's a one-year return any investor should be proud of. But remember: One year is still a short time frame. It's best to keep looking ahead over the next three to five years.

Between connected-fitness subscribers and digital subscribers, Peloton has fewer than 1.5 million subscribers right now. But the company just laid out a plan to get to 100 million subscribers in the years ahead. That number is so big, it almost doesn't seem realistic. But even just hitting a fraction of that target would result in major subscriber growth in the coming years. And given the high-margin nature of the subscription business, it might even make Peloton stock a buy.