The streaming platform breaks out from its own user ecosystem, and one analyst calls it an "extraordinary development."

Because Roku (ROKU -7.10%) will no longer be strictly tied to its own active subscriber base after the streaming platform announced on Thursday that its Roku Channel is now available on Amazon's (AMZN -3.31%) Fire TV devices, an analyst foresees this "extraordinary development" leading to a rise in revenue.

A blog post on the company website said the Roku Channel will be available today on all Amazon Fire TV streaming devices, smart TVs, and soundbars in the U.S., meaning viewers with any of these devices can now receive Roku's free and premium programming. 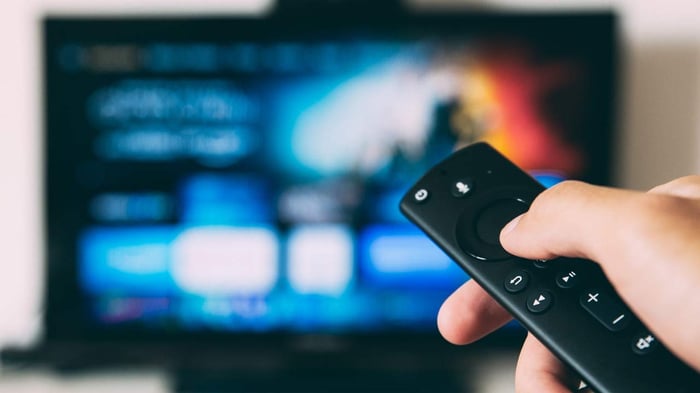 Roku is currently available to 43 million users in the U.S., and while there will undoubtedly be some overlap with those who also have an Amazon device, being added to the Fire TV platform means it will be able to tap into the approximately 40 million users Amazon has.

Jason Bazinet, an analyst at Citigroup, finds the addition of Roku to Fire TV extraordinary because it shows Roku is focused on expanding its reach and is no longer tethered to its own active accounts. Bazinet believes the market will view this as a positive development because it will lead to an increase in revenue.

Roku has created its own advertising ecosystem that advertisers are eager to be a part of. It accounts for two-thirds of the revenue Roku generates. While it is a self-serve program, channels are required to send 30% of their ad inventory to Roku to sell, from which it keeps 100% of the revenue. Being able to potentially reach tens of millions more viewers could make its ad platform even more valuable.

Bazinet maintained his buy rating on the tech stock and a price target of $220, though it currently trades at just under $224 per share.