E-commerce, a growing user base, and international opportunities combine to create a compelling investment.

Pinterest (PINS 1.40%) is commonly viewed as just another social media platform. From an investing perspective, however, focusing on the basic social media premise misses the big picture. Investors should avoid comparing Pinterest to the likes of Twitter and Facebook, and instead evaluate its business model through a different lens.

Here are three reasons Pinterest stands out as a compelling investment. 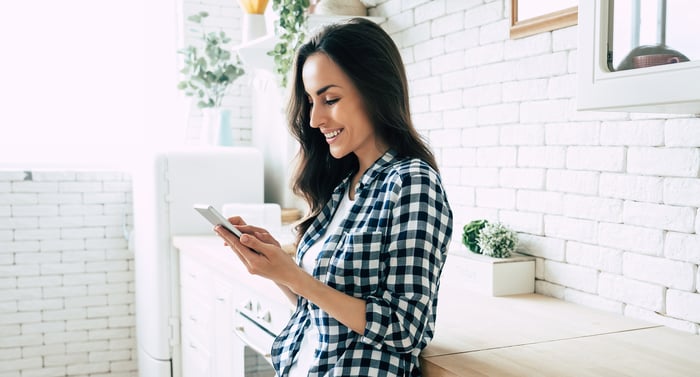 Like Facebook and other social media companies, Pinterest does generate its revenue from advertising, but not all advertising is created equal. Most small businesses have limited ad budgets, so they seek advertising options that generate the best return on investment (ROI).

This is where Pinterest shines. Its core offering takes the form of an online pinboard, ideal for discovering new products. According to a 2018 study, 83% of users have made purchases based on content found on Pinterest.

Its inspiration-focused platform is ripe for a complementary e-commerce feature, making it an attractive space for businesses with products to sell. In fact, a survey last year showed Pinterest to be the top social media network for shopping among U.S. consumers, beating out even Facebook and Instagram.

Pinterest offers shopping ads, and companies are also uploading their catalogs to the platform, giving Pinterest users a more shoppable experience. Catalog uploads increased 350% from the first quarter to the second quarter as adoption of this new feature ramped up.

2. A growing user base

Another key factor in Pinterest's success is the importance of its ad platform to small- and medium-sized businesses (SMBs). Advertisers can easily measure ROI on their ads and follow purchases through the company's conversion-tracking tools.

This makes it a top platform for SMBs looking to get the most from their limited ad budgets, and SMBs contributed nearly half of Pinterest's revenue in the second quarter.

With nearly 31 million small businesses in the U.S., the company has a strong pool of advertisers from which to grow ad spend. And its use as an advertising platform among U.S. marketers overall grew from under 25% in 2016 to nearly 36% in 2020, according to data from eMarketer.

Another strength is its steadily rising user base. Monthly active users (MAUs) rose to 416 million in the second quarter, representing 39% year-over-year growth. Much of this growth came from international markets, which as you'll see below, becomes another reason to invest in Pinterest.

Pinterest experienced a 49% year-over-year increase in international MAUs during the second quarter, accelerating from the 34% growth reported in the first quarter.

Yet Pinterest revenue was up only 4% in the second quarter, stunted by ad spending reductions during some of the worst months of the pandemic. Second-quarter revenue in the U.S. fell 2% year over year, so all the growth came from international markets where revenue rose a whopping 72%.

The challenge lies in the low average revenue per user (ARPU) in international markets -- just $0.14 last quarter -- compared to $2.50 for U.S. users. Pinterest hired a sales team based in Europe in 2019 to grow revenue, and it has made some progress. International ARPU rose 21% in the latest quarter. Improved monetization for users abroad represents a significant upside opportunity for Pinterest.

CFO Todd Morgenfeld stated during the second-quarter earnings call, "On the international side, we made a lot of investments over the last year plus [...] And we found that those investments have been paying off nicely. And I think you've seen that in our results, where in the last quarter, we grew international revenue 72% despite all the industry headwinds."

Pinterest still has plenty of room to grow. While it may not reach the scale of Facebook, its user base now eclipses Twitter's.

Its next challenge is to become profitable. The company had a net loss of $100.7 million in the second quarter. It's common for growing tech companies to run at a loss, and Pinterest only went public in 2019. However, the company will quickly pad its bottom line if it can combine new user growth with improved monetization, especially for its international user base.

Given these opportunities, now is a good time to capture the upside of this growth stock.