One analyst sees consumer behavior forever changed by the pandemic.

Shares of Netflix (NFLX -2.25%) have already climbed 94% over the past year, but will surge to new all-time highs in the year to come.

That's according to Goldman Sachs analyst Heath Terry. On Wednesday, Terry raised his price target from $600 to $670 -- the highest among Wall Street analysts who cover Netflix -- while maintaining his buy rating on the stock. His new price target represents potential gains for investors of roughly 21% over the stock's closing price on Tuesday of about $554. 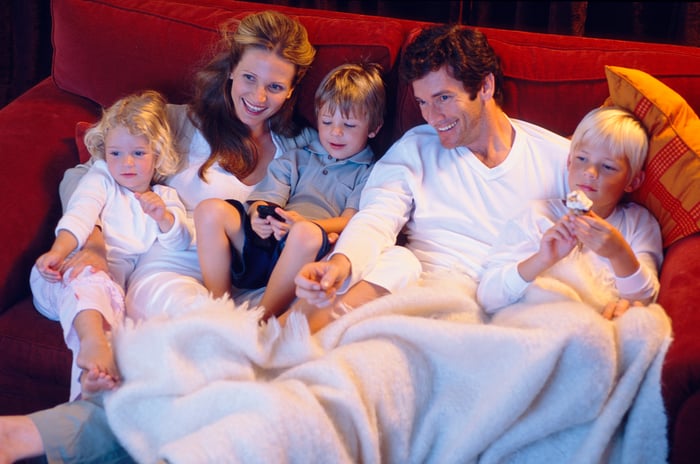 The tech giant added nearly 26 million subscribers during the first half of 2020, nearly as many as it gained all of 2019. Given its strong performance so far this year, Netflix management has done its best to reign in expectations. The company forecast net customer additions of just 2.5 million for the third quarter, which would represent the lowest number of quarterly gains in more than four years.

Terry believes expectations have gotten a bit too low. "While management is likely to continue to guide conservatively given outperformance earlier in the year and the massive uncertainty of the current environment, we believe consensus estimates for 4Q and beyond remain too low," Terry wrote in a note to clients. He believes Netflix will continue to benefit from a "dramatically changing world."

Recent events suggest that the analyst is right on the money. As a result of the pandemic, consumers are increasingly turning to in-home entertainment. Given the low cost of a streaming subscription and the limited number of other options, Netflix will continue to benefit.

It only takes 30 days to change behavior and the pandemic has been with us for nearly eight months. At the same time, Netflix is still in the early stages of its worldwide expansion, giving the company plenty of room to run.