Until all of a sudden, it didn't. 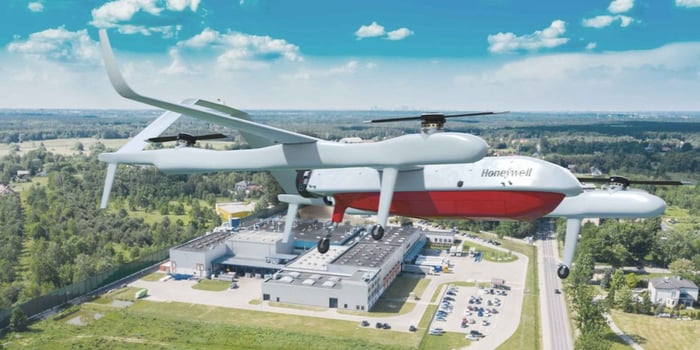 In a press release this morning, Ballard announced that industrial giant Honeywell (HON -1.82%) has purchased all of the "business assets" of Ballard's "UAV subsidiary" for a price that Ballard declined to disclose. (Note: When a business does not disclose the price, this implies that it is not "material" -- and not much).

Ballard CEO Randy MacEwen explained that although Ballard still believes that fuel cells remain a viable solution to powering UAVs, it has decided that drones are "non-core" to its business. Going forward, Ballard promises to continue "a long-term strategic collaboration" with Honeywell as the latter continues to develop its own fuel cell-powered drone models. As for Ballard, however, it intends to "focus on the Heavy- and Medium-Duty Motive markets of bus, truck, train and marine."