The rival company wants an injunction against sales of the new Bike+ -- and damages.

In the latest chapter of litigious rivalry between the two companies, the manufacturer of the NordicTrack line of exercise machines, Icon Health & Fitness Inc., is suing Peloton Interactive, Inc. (PTON -14.44%) for alleged violations of several technology patents. According to a report by Bloomberg, Icon wants both unrevealed monetary damages and a legal injunction against further sales of the allegedly infringing products.

Icon claims two of the features on Peloton's new Bike+ are taken from patents Icon obtained in 2007 and 2019. The Bike+ is advertised by Peloton as offering a "full body workout" and "immersive fitness experience" and is the company's expensive, high-end model. 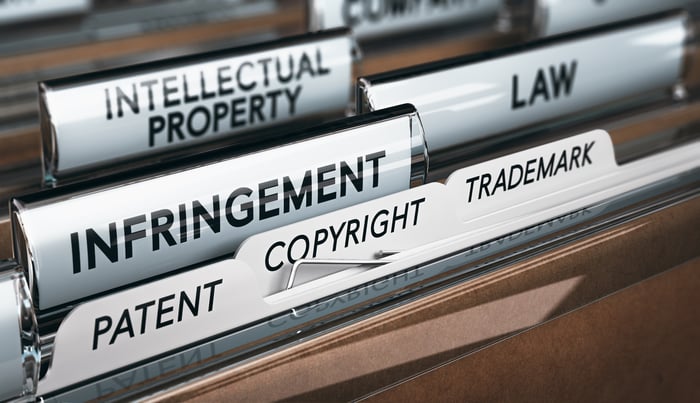 The NordicTrack maker says Peloton's Auto-Follow feature duplicates its own automatically adjusting resistance-level technology patented in 2007. The feature increases or decreases resistance during a streamed workout without the need for user input. Additionally, Icon claims Peloton copied its Bike+ rotating touchscreen from a 2019 Icon patent.

In May, Peloton sued NordicTrack for alleged theft of its technology and intellectual property, as reported by the USA Herald. Peloton alleged NordicTrack copied both its streaming live workout format and its leaderboard. The Street reports Peloton's legal representative Steven Feldman blasted Icon's lawsuit as "a retaliatory filing intended to deflect attention away from Icon's blatant infringement of Peloton's leaderboard technology and other deceptive practices."

For its part, Icon says several companies, including Peloton, "have built (at least in part) entire businesses on the back of Icon's patented technology."

The companies are jockeying for market share as the COVID-19 pandemic drives powerful gains for at-home workout equipment and streaming services. Icon, valued at $7 billion, recently attracted a $200 million investment from a group of investors, Pulse 2.0 reports.