Please ensure Javascript is enabled for purposes of website accessibility
Log In Help Join The Motley Fool
Free Article Join Over 1 Million Premium Members And Get More In-Depth Stock Guidance and Research
By Rich Duprey – Oct 16, 2020 at 10:08AM

The supermarket chain is producing strong free cash flow to support the payout.

Albertsons (ACI 0.96%) went public in late June, and as it prepares to release its second-quarter earnings report next week, the second largest pure-play supermarket chain announced it would begin paying shareholders a dividend.

The grocery store set the quarterly payout at $0.10 per share payable on Nov. 10 to shareholders of record on Oct. 26, suggesting a yield of 2.8% annually. 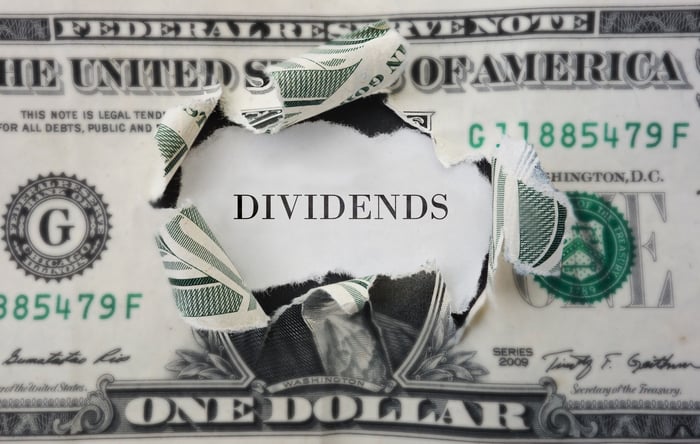 A solid base to grow on

With over 2,250 supermarkets in 34 states operating under various banners including Albertsons, Acme, and Safeway, Albertsons trails only Kroger, which has over 2,750 stores.

Although it has seen sales grow 20% since the coronavirus pandemic began and it reported adjusted profits of $1.6 billion last quarter, the grocery store chain's stock has struggled since its IPO, with shares down over 10% from the $16 per share offering.

Albertsons said in a statement its "comprehensive capital allocation strategy leverages the Company's strong and consistent levels of free cash flow to drive profitable growth, maintain a strong balance sheet and create value for shareholders, including through the payment of dividends."

Kroger's dividend of $0.72 per share yields 2.1% while Walmart's payout of $2.16 per share yields 1.5%. Based on the $0.40 per share in dividends expected and its trailing earnings of $2.50 per share, Albertsons payout ratio is 16%, which offers the potential for increases in the future.