Between 2012 and 2018, Diamondback Energy (NASDAQ:FANG) was one of the hottest oil stocks on the market, increasing by more than tenfold from its IPO price as the Permian Basin took center stage in the shale revolution. The past two years haven't been as kind, with Diamondback briefly falling below its IPO price earlier this year.

With shares down 67% so far in 2020, let's break down Diamondback's fundamentals to determine if the stock is a good buy now, or if investors are better off putting their money into other energy stocks. 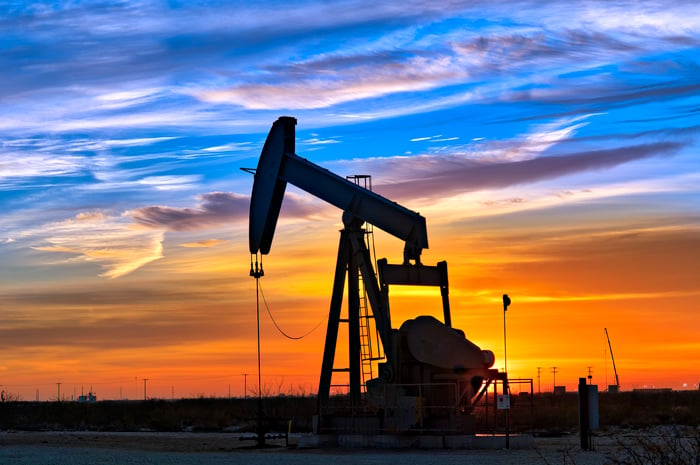 Diamondback Energy is an independent oil and gas exploration and production company. Unlike larger oil and gas companies that have operations around the world, Diamondback is solely focused on the Permian Basin.

Diamondback's specialized business leaves it exposed to the ebbs and flows of the upstream oil and gas industry -- particularly commodity prices. Brent and WTI crude oil, the two most commonly quoted benchmarks, are both down over 30% this year, effectively crushing Diamondback's profit margin. In August, the company reported its worst quarter in history, losing nearly $2.7 billion. 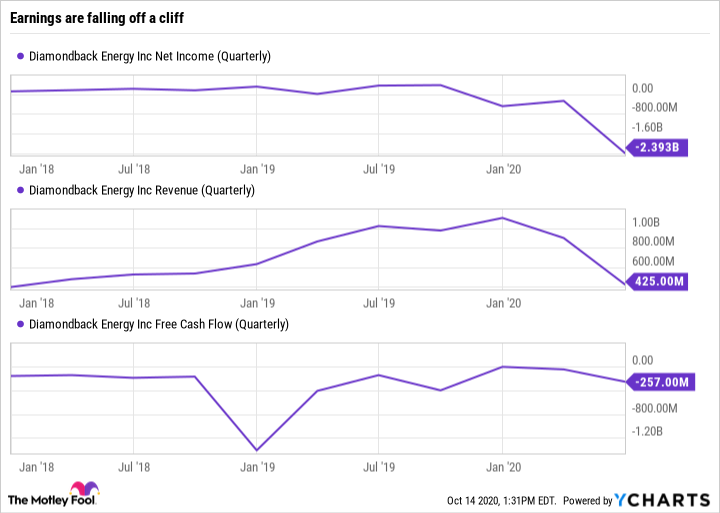 Putting that number in perspective produces jaw-dropping realizations. In three months, Diamondback Energy lost more than twice the amount of money it had made from 2012 to 2019. Combine its last three quarters, and the company has lost $3.9 billion.

Like other oil and gas companies, Diamondback is touting its cost reductions as a testament to its ability to skillfully navigate this year's challenges. To its credit, Diamondback has reduced its per-foot well costs by about 25% compared to 2019. The company reduced its 2020 capital budget by $1.1 billion, 35% less than its original plan.

Diamondback's savings look less impressive when you consider the company completed just 15 wells in the second quarter and 42 wells in the third quarter -- less than half of the third quarter 2019. The company began 2020 operating 20 rigs. Now, it's only operating six. Full-year 2020 production is expected to average 178,000 to 182,000 barrels per day, down from an average of 283,000 in 2019. In short, Diamondback Energy is drilling less and producing less, so it makes sense that it's spending less too.

Abysmal earnings and the need to raise debt have weakened the company's balance sheet. Debt to capital, financial debt to equity, and total net long term debt are all at or around five-year highs. 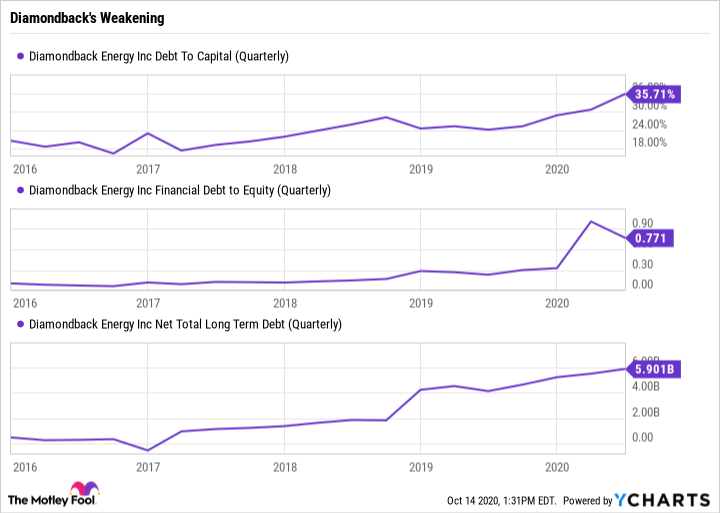 On the plus side, Diamondback has around $1.9 billion in liquidity, which is plenty to keep the lights on for a while. It also has a low weighted average cost of debt at just 4.1%. $191 million in senior notes are due in September 2021, with the rest of the $5.4 billion or so in debt due between 2024 and 2029. However, its annual interest expense is around $245 million, and it just reassured investors it plans to continue to pay its $0.375 per share quarterly dividend, which costs around $236 million per year.

Diamondback's one trump card is its high drilled but uncompleted well (DUC) count. DUCs are wells that Diamondback has paid a lot of money to drill but haven't gone through the completion stage needed to begin producing oil. You can think of DUCs like a call option in that Diamondback has the right to produce from all of these wells, but it's only going to do that when oil is at a price where it can make money.

Diamondback estimates that it's going to finish the year with 110 to 140 DUCs, which is going to allow it to maintain the same amount of production it expects to get in the fourth quarter of 2020 for all of 2021 without having to drill a lot of new wells. The result is that Diamondback thinks it will need 25% to 35% less capital than its 2020 budget.

However, it's worth repeating that completion is contingent on higher oil prices. And while Diamondback has hedged over 95% of 2020 oil production to protect it from lower prices, it only has 50% of its production hedged for 2021, leaving it vulnerable to sustained lower oil prices.

While Diamondback deserves credit for growing its business and generating excellent returns for the first six years after its IPO, the company is now bigger and more vulnerable than ever before -- reporting its worst quarter in history. Lower oil and gas prices combined with less demand for transportation fuels have forced the company's hand, resulting in the accumulation of record-high debt. Diamondback's ace in the hole, its drilled but uncompleted wells, don't mean much if oil prices stay low.

The last two years shed light on the severity of Diamondback's risks. Investors are better off buying strong energy stocks with stable dividends and less exposure to oil and gas prices.