Stock prices for both Beyond Meat (NASDAQ:BYND) and Starbucks (NASDAQ:SBUX) suffered as the coronavirus crisis weighed on the restaurant industry. The maker of plant-based protein products saw declines in its sales to foodservice groups. And the specialty coffee retailer posted a drop in revenue as some of its stores temporarily closed. But recovery has begun at both companies, and their share prices are on the rise.

That raises the question: If you could invest in only one of these two consumer stocks, which should be your pick right now?

Beyond Meat is in its early days of its life cycle as a public company. Starbucks is farther along in its business path, but that doesn't mean growth is over. It's revamping key elements of its business to adapt to today's customer and expanding in one of its biggest markets.

Let's take a closer look at both companies and see if there are other clues to answering the question. 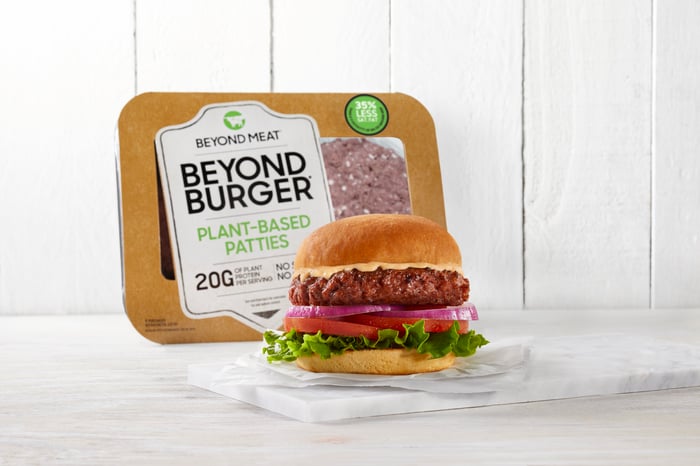 Beyond Meat, the stock market star

Beyond Meat has been a stock market star since its initial public offering in May 2019, and rightly so. Shares in the company gained 250% in their first two months of trading. Today, they're up 183% since the market debut. The reason for all the excitement? The company has reported triple-digit revenue gains in every quarter except the most recent one. The adverse affects of the coronavirus on the broader economy meant Beyond Meat revenue "only" rose by double digits in Q2 of fiscal 2020.

The company has also forged alliances with big restaurant names, including Starbucks. Its Beyond Beef is available on Starbucks' menu in China, for example. And speaking of China, Beyond Meat is expanding there. The company recently announced the development of a production site near Shanghai for the local market. In the U.S., Beyond Meat's products are found in 26,000 grocery locations.

The coronavirus pandemic is temporary. It's likely Beyond Meat's growth will continue once it has passed. But will that growth be enough to push the shares significantly higher? I'm not so sure.

Beyond Meat's price-to-sales ratio is down from last year's highs, but it still is around its highest year to date. This metric measures a company's revenue in relation to its stock price. High P/S ratios indicate a stock may be overvalued. Another over-valuation clue: Beyond Meat's share price has already exceeded the highest analyst estimate by 6%.

Further down the road, there are concerns to factor in regarding the competitive landscape. Beyond Meat and Impossible Foods are the market leaders, according to a Markets and Markets report. But food industry giants like Tyson Foods and Kellogg have launched competing plant-based protein product lines. And start-ups like Memphis Meats, which harvests stem cells from animals and grows those cells into meat products, could be rivals in the future. All of this may eventually weigh on Beyond Meat's revenue growth potential. 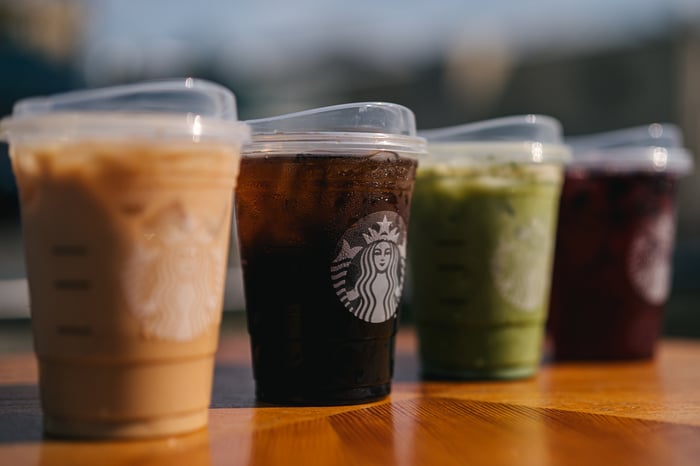 Starbucks at an inflection point

The coronavirus crisis not only hurt Starbucks' revenue but also represented an inflection point. Takeout orders in the U.S. -- its No. 1 market -- have become popular in recent years. But sales in its second-biggest market, China, have relied on the cafe experience. Prior to the pandemic, about 80% of transactions there were for in-store consumption.

Now, Starbucks is adapting to what customers need and want these days: a contactless experience. In a recent conference, the company's CFO highlighted a few key points. In the U.S., the company is deploying handheld point-of-sale devices at the drive-thru. By taking orders earlier in the line, wait time is reduced.

In China, the company is speeding up development of Starbucks Now stores (which streamline pickup and delivery) and refining its digital capabilities. Starbucks also continues general expansion plans in China and is on track to open more than 500 locations there this fiscal year.

It's too soon to measure the efficacy of Starbucks' full plan. But the company's initial efforts to focus on drive-thru and entryway pick-up earlier in the crisis have started to bear fruit. Starbucks' same-store sales in the U.S. and China have shown recovery. In the U.S., same-store sales were down 11% in August after a decrease of 14% in July. In China, Starbucks posted flat comparable sales in August after a 10% decline in July.

The company predicts the U.S. recovery phase will continue for about six months, so don't immediately expect growth from Starbucks. But the improvement seen in the U.S. and China, along with the company's efforts to adapt, has created optimism regarding long-term revenue growth and stock performance.

And now looks like a good time to buy. If earnings estimates for the next fiscal year are right, Starbucks shares aren't expensive. After earnings-per-share estimates rose recently, the company's forward price-to-earnings ratio fell to about 32 times earnings expectations from 90. 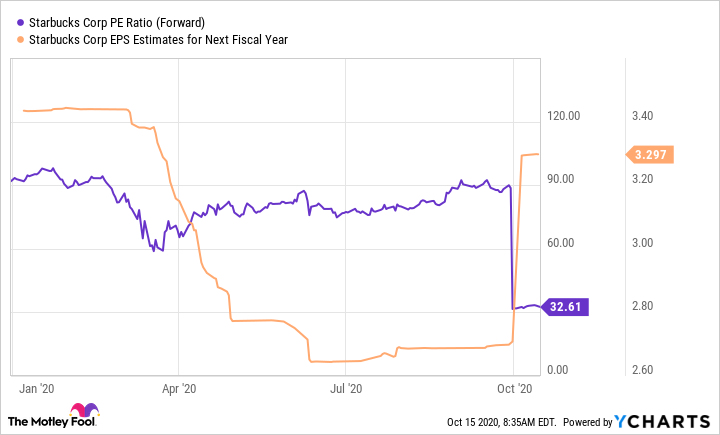 Beyond Meat or Starbucks?

While Beyond Meat's past performance is amazing, I would hesitate to buy the shares at the current level for the valuation and competition reasons mentioned above. Beyond Meat still is in its early days of expansion so may continue to post impressive growth in the coming quarters. And that may result in share gains at a certain point.

But I prefer a stock I can buy and hold for years with confidence in the long-term picture. And there, Starbucks -- with its track record of more than a decade of annual earnings growth and its plan for recovery now -- is a better bet.