The wireless network is a vital part of NASA's ambitious plans to build a lunar base by the end of this decade.

Nokia's Bell Labs subsidiary will partner with American robotics specialist Intuitive Machines to deliver a space-hardened 4G/LTE network to the moon before the end of 2022. The self-configuring system will be integrated into a lunar lander vehicle, providing a communications hub for future missions. The network will support voice and data communications and can be used to control lunar rovers while streaming high-definition video.

More landers will expand the lunar network over time, and Nokia's equipment can be upgraded from 4G to 5G networking as the newer technology standard matures.

"These communication applications are all vital to long-term human presence on the lunar surface," according to Nokia's press release. 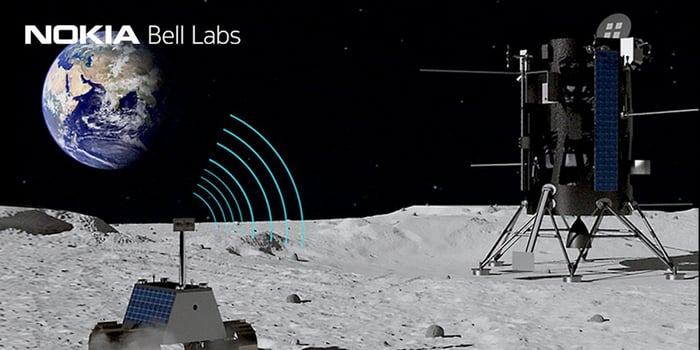 This network is a part of NASA's Artemis project, which intends to create a lunar base before 2028. The project includes placing a spacecraft in orbit around the moon as a launching point for human landings on the satellite, and Nokia's network will presumably have ways to connect to the Orion orbit station.

Nokia's network launch has an initial five-year budget of $14.1 million as part of the Tipping Point solicitation. Future additions to the network may earn larger budgets as the lunar landing program is accelerating in general. This fifth round of Tipping Point contracts adds up to more than $370 million, up from $43 million in the fourth round and $44 million in the third solicitation.