Some encouraging trends in the business, and an announcement that the company is raising money, have investors ready to play again.

The stock had been slowly climbing since last week when the company provided a business update that showed some positive trends. Today, it announced a plan to get some needed financing as it works its way out of the pandemic-related slump. 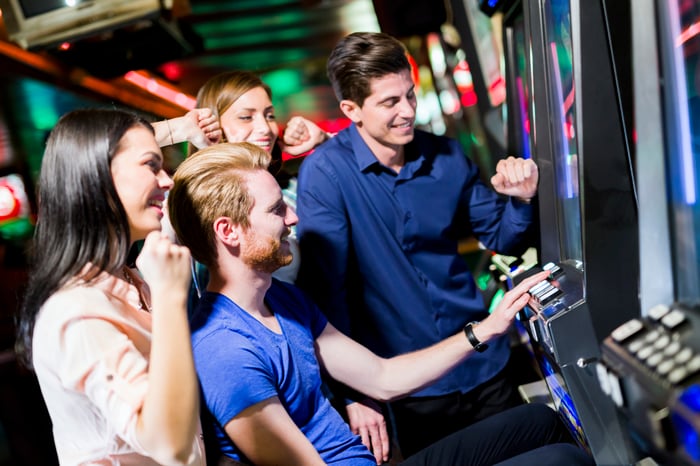 The company said it aims to raise $500 million from selling senior secured debt due in 2025. The debt offering will result in a liquidity level of approximately $300 million, bringing it in line with the minimum $150 million liquidity requirement for the company's revolving credit facility.

Some of the money the company plans to raise will go toward repaying the balance of its current term loan facility, and what it previously has drawn from its credit facility.

The dining and entertainment company has been heavily impacted by the pandemic. Its revenue plunged 85% in the second quarter ended Aug. 2, 2020. Consumers have been slow to come back to in-person venues, and instead have been allocating discretionary spending more toward take-out and delivery options.

But as of Oct. 4, the company has reopened over 70% of its stores, and the declines in comparable-store sales have decreased each month through September. "The progress we've made reopening stores and driving sales recovery demonstrates the enduring strength of the Dave & Buster's brand," CEO Brian Jenkins said last week in the update.

Investors who were encouraged by that update are applauding the improved short-term financial position the company announced it is seeking today.