It gives the e-commerce giant even greater insight into what they buy away from the site.

Amazon (AMZN 3.04%) already collects massive amounts of data on how people shop on its website, but what consumers are buying away from the site remains opaque to the e-commerce giant.

To gain more insight into what shoppers are purchasing elsewhere, Amazon is offering to pay consumers to upload to its data-crunching computers the receipts for their purchases at supermarkets, drugstores, restaurants, and department stores. They can earn additional rewards for completing surveys, too. 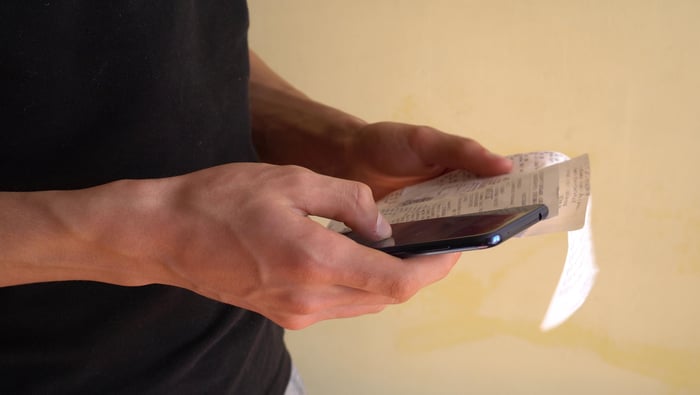 Amazon says the purpose of the Amazon Shopper Panel, as the program is called, is to help brands on its platform offer better products and to make Amazon's ads more relevant, yet it also gives the retailer valuable insights into consumer shopping habits that until now have been closed off to it.

The opt-in, invitation-only program will pay consumers for uploading 10 eligible receipts a month. Purchases for things like medical expenses, child care, guns, and gambling, as well as handwritten receipts or foreign-language ones will be rejected, but just about everything else is good. It says the data submitted will be used anonymously.

The e-commerce giant thrives on data, but it has been accused of using the data collected from third-party retailers on its site to design products to compete against them. The fear that Amazon would siphon off their customer information was partly the reason rivals like Target (TGT 0.89%) stopped using Amazon Web Services as the backbone of their own e-commerce platforms and why Walmart (WMT 0.77%) urges its vendors not to use it.

The new program also follows the launch of Amazon One, the contactless palm-reader payment system that connects to a credit card or bank account, giving credence to concerns some might have about allowing Amazon to delve even deeper into consumers' psyches as it also collects unique biometric data about them.