With the presidential election less than two weeks away, investors are anxiously awaiting its outcome and the subsequent effect on the stock market. No one wants a replay of the March market crash, when the Dow Jones Industrial Average plunged by 26% in the span of four trading days due to a near complete shutdown of the economy from the COVID-19 pandemic.

Luckily, investing in revolutionary stocks that are poised to fly high, no matter who wins the White House, represents an enticing hedging strategy. Without further ado, let's look at why a 5G company, a coronavirus vaccine developer, and a marijuana grower are all ready to soar, whatever the election outcome. 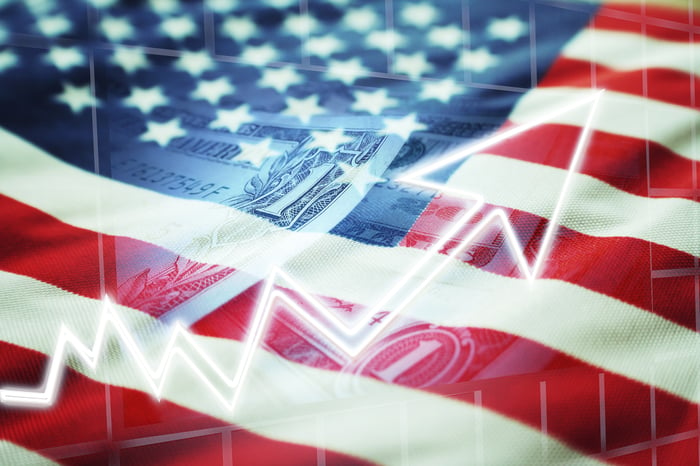 Regardless of politics, the 5G revolution is already in swing across the U.S. The technology will enable devices to have a connection speed of upwards of 10Gbps, compared to 4G's max speed of 15Mbps. The opportunities for 5G are endless, with a few honorable mentions in the applications being self-driving cars, video streaming, and cloud technology.

At the forefront of this innovation is the real estate investment trust (REIT) American Tower (NYSE:AMT), which owns more than 181,000 wireless communication towers worldwide and makes money by leasing them out to telecom clients.

Right now, American Tower connects about 517 million mobile devices across the U.S. and projects to increase that number to 756 million by 2025. Even more lucrative is that 5G networks require a high density of towers to function, which would kick-start American Tower's construction of new projects.

With a return on equity ratio of 42%, the company is wildly profitable on every tower it constructs and leases. Between 2009 and 2019, American Tower's revenue has increased from $1.7 billion to $7.5 billion. Considering that establishing a national high-speed network is in everyone's best interest, American Tower is a top growth stock to hold before the election.

Pfizer (NYSE:PFE) is a frontrunner in the COVID-19 vaccine race. Together with BioNTech (NASDAQ:BNTX), the company could help put an end to a pandemic that has taken many American lives and politically divided the nation. No matter which party comes to power, rolling out immunization programs to ensure people are safe from the deadly virus is something both parties can agree on.

Assuming its candidate succeeds in phase 3 clinical testing, the company expects its experimental coronavirus vaccine will receive an Emergency Use Authorization (EUA) from the U.S. Food and Drug Administration (FDA) as early as this November.

What's more, the company is more than capable of handling its vaccine delivery logistics, with over 130 years of development and commercialization experience. Right now, Pfizer has secured orders for 450 million doses of its vaccine candidate and additional options to supply 600 million doses. The company is also in discussion with 30 countries and supranational organizations on vaccine orders.

Compared to its future potential, the company is extremely cheap, trading at just 4.2 times sales and about 15 times earnings. That's a very favorable valuation, considering its peers are trading for around 20 times earnings. If that wasn't enough, Pfizer stock also boasts a dividend yield of 4%. Aside from the market opportunity from its coronavirus vaccine candidate, I recommend checking out additional drug catalysts in its pipeline.

Federal legalization of marijuana in the U.S. currently has bipartisan support, with 64% of Democratic voters and 59% of Republican voters supporting the drug's recreational use. In addition, Democratic vice president candidate Kamala Harris recently indicated that the Biden administration prioritizes decriminalizing cannabis if elected, causing many marijuana stocks to rally more than 10% in a single trading day.

All of these developments make Curaleaf Holdings (OTC:CURLF) arguably the best marijuana company to invest in within the U.S. Since the beginning of the year, Curaleaf has been on a growth rampage, expanding its operations into Nevada, Utah, Massachusetts, and Pennsylvania. Over the past year, its medical marijuana consumer base grew from 67,600 to 102,000 individuals. Curaleaf's medical segment now brings in almost $25.3 million in monthly revenue, doubling from last year.

That's not all. Curaleaf currently has more than 93 dispensaries under its banner and is targeting to expand that number to 135, along with opening more than 20 cultivation facilities. Curaleaf expects to generate $165.4 million in revenue this year, making it the largest cannabis company in the U.S. based on revenue. At a revenue growth rate of more than 140%, Curaleaf is an excellent bet for marijuana investors who want to hold industry stocks for the long term, and anticipate that the election will have a positive outcome on the cannabis sector.