Investors might not be overly excited about Alexion Pharmaceutical's (NASDAQ:ALXN) stock performance so far in 2020. But with shares trading at only 10 times expected earnings, Alexion is arguably one of the biggest bargains in all of biotech.

Alexion might not be such a bargain for long if continues delivering strong growth. That's exactly what the drugmaker did in the third quarter. Alexion announced its third-quarter results before the market opened on Thursday. Here's why investors liked what they heard. 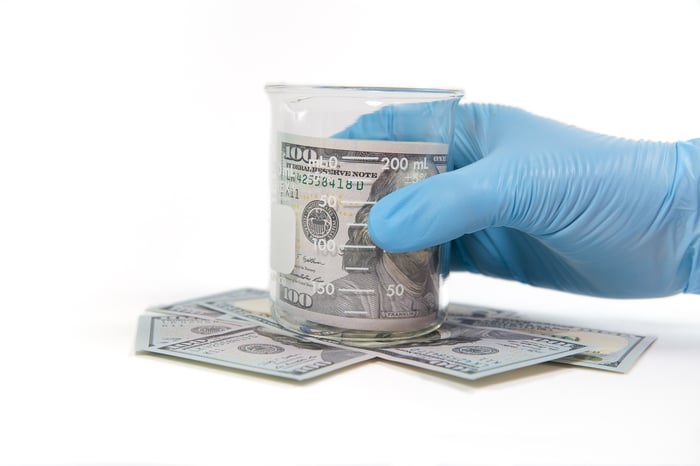 Alexion reported revenue in the third quarter of $1.59 billion. This reflected a 26% increase from the prior-year period revenue total of $1.3 billion. It also topped the Wall Street consensus estimate of $1.43 billion.

The company announced net income in the third quarter of $578.1 million, or $2.62 per share, based on generally accepted accounting principles (GAAP). In the prior-year period, Alexion generated GAAP earnings of $467.6 million, or $2.08 per share.

As usual, Soliris generated the bulk of Alexion's revenue in the third quarter. Sales for the rare-disease drug rose 5% year over year to $1.04 billion. However, sales for Ultomiris, the heir apparent to Soliris, skyrocketed 222% to $289.3 million.

Alexion also received help from Strensiq, which raked in $189.4 million in Q3 -- up 23% year over year. Andexxa, which Alexion picked up with its acquisition of Portola this year, added $38.9 million to the company's top line. Net product sales were flat year over year for Kanuma at $28.4 million.

Perhaps the best news for Alexion was that the company is ahead of its goal of establishing Ultomiris as the new standard of care in treating paroxysmal nocturnal hemoglobinuria (PNH), a rare blood disease that causes the destruction of red blood cells. Alexion reported more than 70% patient conversion to Ultomiris from Soliris in U.S., Germany, and Japan, the three biggest markets for PNH therapies.

The main potential catalysts for the biotech stock center around securing new indications for existing drugs and advancing new pipeline candidates. Alexion recently received regulatory approval in Japan for Ultomiris in treating atypical hemolytic uremic syndrome (aHUS), another rare disease where red blood cells are destroyed. It also won FDA approval for a higher-concentration formula of the drug in treating PNH and aHUS.