Though many investors are highly enthusiastic about the legal cannabis industry, I have held off from investing in the space. For one reason, I have an aversion to jumping on new and emerging industries that attract a lot of hype. Hype tends to bid valuations up to high levels, and the race for growth sometimes makes companies grow too fast, straining balance sheets.

As reality plays out, competition eats into profits, regulatory concerns can pop up, and any reality that diverges from pie-in-the-sky expectations can cause highly valued stocks to plummet. Warren Buffett has long been skeptical of new and emerging industries, as shareholder returns often fail to match industry growth.

The cannabis industry has had no shortage of cautionary tales, from the completely oversupplied Canadian market to U.S. multistate operators that spent too much too fast and overextended themselves. However, now that the industry has experiened a shakeout, this under-the-radar name has quietly impressed with its methodical and rational strategy -- and it's actually showing great profitability, as a result. 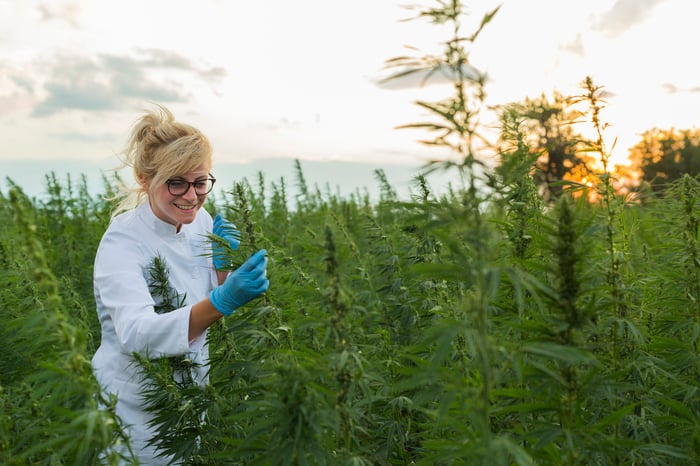 I recently purchased shares of Trulieve (TCNNF 2.37%), a U.S.-based company that has concentrated its operations almost entirely within Florida. As many know, cannabis is still federally illegal, but legal in many states. That means that vertically integrated operators can't ship their product across state lines. While many U.S. cannabis companies have rushed to establish operations in many states, Trulieve decided to hyper-focus on Florida, in which  medical cannabis is legal.

Today, as a result of being the first-licensed cannabis operator in Florida and the first mover in 19 out of 29 municipalities, Trulieve has a state-leading 63 dispensaries in Florida, good for roughly 50% market share.

The advantage of dominating a single state is the efficiencies associated with it. If operations are dispersed over multiple states, an operator needs to build a separate grow facility in that state. However, with lots of dispensaries in the same state, a single large grow facility can serve multiple dispensaries. And Florida is a large market, with the nation's third-highest population and fourth-highest gross domestic product (GDP). Furthermore, as retirees continue to flock to the Sunshine state, the population is expected to grow about 1.5% between 2019 and 2024, higher than the 0.66% annual U.S. average over the next 10 years. As we'll see below, the economies of scale associated with that have enabled Trulieve to make better margins.

CEO Kim Winters has been impressive in her discipline in that regard. On the recent conference call with analysts, when asked about Trulieve's less-aggressive acquisition strategy, she said,

[W]e've seen over the last two years a lot of land grabbing and a lot of M&A [mergers and acquisitions] that, quite frankly, it seemed on paper made a ton of sense and -- for the capital markets may have made a ton of sense, but when those pieces start to integrate or not, it can really have some significant negative effects and negative pressure on the business. So we do think that it's important to continue to grow. But we also think that that growth needs to be strategic and it needs to be thoughtful. 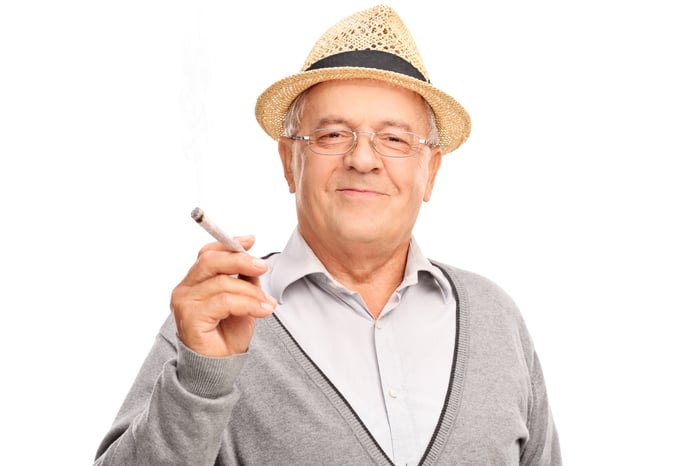 As you can see, Trulieve is not only growing like wildfire, but is actually profitable. Based on management's recently raised forecast, revenue is set to surge 88% to about $475 million in 2020, and adjusted earnings before interest, taxes, depreciation, and amortization (EBITDA) is set to grow 62.2% to around $215 million, even as the company invests in growth.

Yet even more impressive, Trulieve actually made a positive $6.6 million net profit last quarter, according to the IFRS standard used by Canadian-listed companies. That's in stark contrast to many other cannabis companies operating in the red as they pursue growth.

A second element I like about Trulieve is that its "adjusted EBITDA" figure really is fairly close to actual EBITDA, as its stock-based compensation came in at a modest $0.5 billion last quarter. That's in contrast to some peers like Green Thumb Industries, which paid management $5.7 million in stock compensation last quarter, or Curaleaf, which paid executives $10.8 million in stock comp over the first six months of the year.

I would expect Trulieve's industry-leading EBITDA margin profile to expand over time, as well, as it's not growing merely by opening more stores. In the second quarter, Florida same-store sales were up a whopping 30%, fueling the company's 109% overall revenue growth last quarter. Assuming same-store sales continue to be positive, the company should achieve even more positive operating leverage in the future.

Even better, it's cheap!

Despite Trulieve's great organic growth and profitability, remarkably, it trades at a much lower valuation compared to its peers:

It appears that investors are more enraptured with the higher growth of Trulieve's competitors, but Trulieve's 108.5% growth is certainly nothing to sneeze at. Moreover, the above two competitors have been more acquisitive, especially Curaleaf, which purchased four companies in 2020 and eight companies in 2019.

Of course, Trulieve isn't standing still. It acquired a vertically integrated company in Massachusetts and an individual dispensary in Palm Springs, California back in 2018, and then bought its way into Connecticut in 2019. And just recently in the third quarter, Trulieve made its largest acquisition in purchasing Solevo and PurePenn in Pennsylvania.

However, relative to its competitors, these deliberate moves outside of Florida have been somewhat small and methodical.

Cannabis companies are still a risky proposition, and thus far, I've limited myself to a small position in Trulieve. A salacious short report came out against the company about one year ago, but the contents of the report seemed pretty flimsy, and Trulieve actually sued the short-seller for libel. There's also still a lot more that's unknown about the legal cannabis industry, including what might happen on federal action or with licensing and competition within the state of Florida.

However, if you're looking to make a play on cannabis before a potential "blue wave" this election season -- which could spur a move to decriminalize cannabis nationally -- Trulieve looks like one of the best-run companies on which to place your bet.

5 Marijuana Stocks That Can Make Money During a Recession
401%