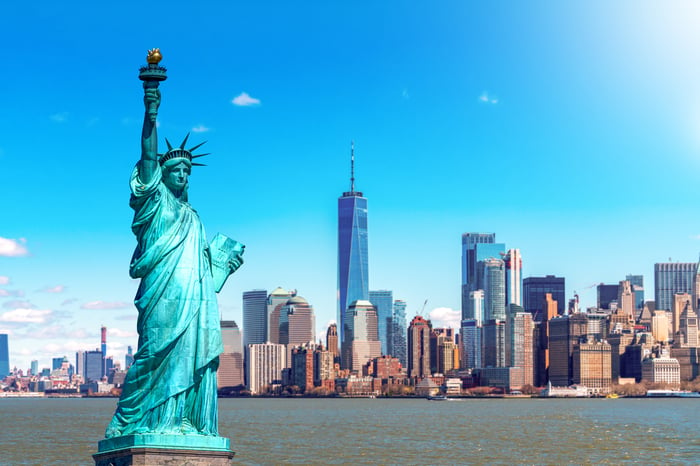 In a best-case scenario for the industry as a whole, both New York and New Jersey would legalize pot. This could pave the way for more states to follow suit, especially if they don't want potential tax dollars flowing out into nearby states. The opportunities could be significant for a multistate operator like Trulieve Cannabis (OTC:TCNNF), which is already planning to expand into Massachusetts next year as a part of its focus on the Northeast.

The marijuana industry is in need of some good news. In the past year, the Horizons Marijuana Life Sciences Index ETF (OTC:HMLSF) is down 32%, nowhere near the S&P 500 and its 1% return over the pandemic-stricken period. There is a lot of bearishness surrounding pot stocks right now and some positive news, whether it's New York legalizing the substance or a movement to decriminalize marijuana, could be just what the industry needs to get investors excited again.