Picking a high-paying dividend stock to buy is easy. The hard part is finding an income investment where the dividend isn't at risk, that isn't a value trap about to plummet in share price, or that's overvalued. Verizon Communications (NYSE:VZ), AbbVie (NYSE:ABBV) and B&G Foods (NYSE:BGS) all have safe and reliable dividends that pay 4% or more. These three stocks also pass the test of having a conservative payout ratio, which is the percentage of net income the company pays out to shareholders in the form of dividends.

Shares of Verizon and AbbVie are both down more than 3% year to date, while B&G has seen its shares climb more than 47%. However, Verizon is the only one of the three with declining revenue, due to its sales being the most affected by the coronavirus pandemic. 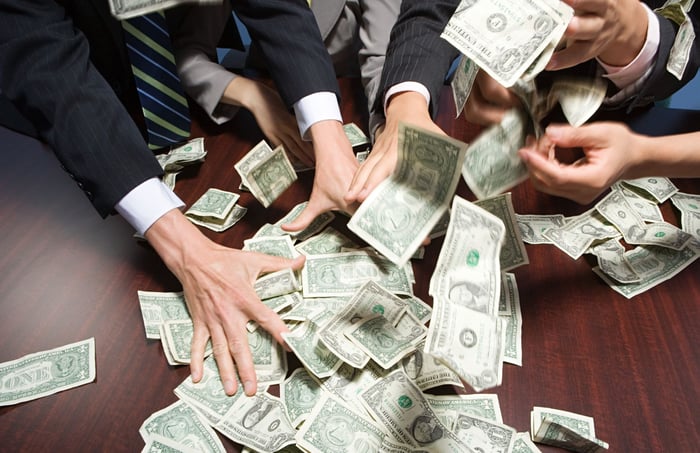 Can you hear the Verizon opportunity?

Verizon has raised its quarterly dividend for 14 consecutive years, including a 2% hike this year, despite the pandemic.

The drop in the company's stock means it may be an even better time for income-oriented investors to buy. Its quarterly dividend offers a 4.37% yield.

Verizon has lost income this year because of the pandemic, which has cut primarily into the company's media division because advertising is down, as well as its consumer division because people don't use mobile phones as much, let alone rack up roaming charges when they rarely leave the house. Because of those headwinds, revenue in the third quarter was a reported $31.5 billion, down 4.1% from the same period a year ago, while net income was $4.5 billion, a 16.1% decline year over year.

However, the company's core business remains strong and the setbacks are likely temporary. The company's free cash flow at the end of the quarter was $18.3 billion, a rise of $3.9 billion year over year. Prior to this year, the company's revenue had risen for nine consecutive years.

When you compare Verizon to its peers, T-Mobile (NASDAQ:TMUS) or AT&T (NYSE:T), its return on equity is far superior, even if it has dipped lately to 29.69%, and the payout rate on its dividend is plenty safe with a payout ratio of 53.26%, trailing 12 months. 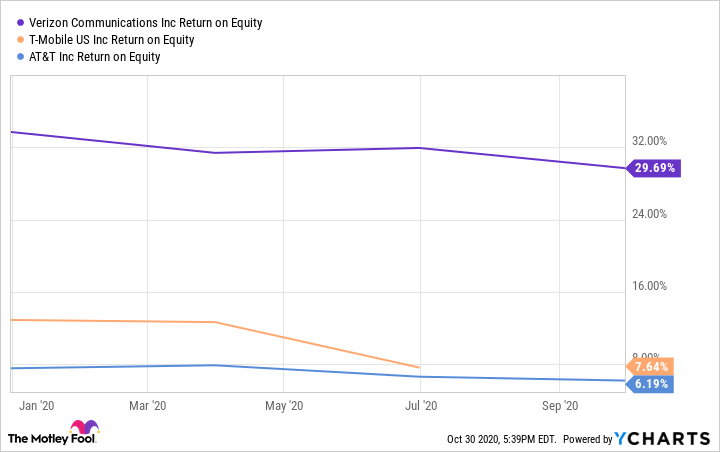 AbbVie's share price is down 3.7% this year, which offers another opportunity and drives up the yield on the company's dividend to 5.85%. On top of that, the company raised its dividend 10.2%, to $1.30 a share, beginning the first quarter of 2021. AbbVie is technically a Dividend Aristocrat if you count its time before it split off from Abbott Laboratories in 2012. With Friday's announcement, the company will have raised its dividend for eight consecutive years and in the past three years, its dividends have seen a compound annual growth rate (CAGR) of 23.36%.

Investors keep waiting for trouble with AbbVie and the company keeps managing to avoid those anticipated problems. Particularly, market watchers are watching its rheumatoid arthritis drug, Humira, which has been the top-selling drug in the world, as it's facing a lot of competition. However, the company is seeing increased sales of lymphoma treatment Imbruvica and plaque psoriasis drug Skyrizi, plus the addition of Allergan's consistent stable of aesthetics drugs, such as Botox and Juvederm, are buoying the company's bottom-line since the Allergan purchase was completed in May. 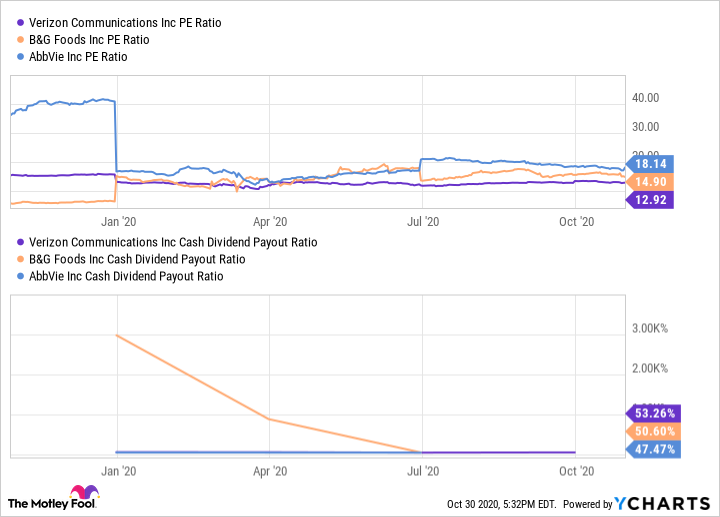 B&G has thrived throughout the pandemic

B&G Foods, which owns iconic brands such as Green Giant, Ortega, Clabber Girls baking products, and Cream of Rice and Cream of Wheat, has been thriving this year as people eat at home more. The company's share price is up more than 47% year to date and yet the company's dividend offers a nice 7.05% yield.

This past week, B&G announced it was purchasing the Crisco oils and shortenings brand from the J.M. Smucker Company for $550 million and the market responded positively to the news, closing at $28.74 the day after the announcement, $0.85 a share higher than the day before.

Midway through the year, the company's sales were $961.9 billion compared to $783.9 in the first six months of 2019 and its net income was $73 million, up 108% year to year. The company has paid a dividend every quarter since its 2004 IPO, and has raised that dividend for the past nine years. Its cash dividend payout ratio is easily sustainable at 50.6% trailing 12 months.

There are good choices

Of the three dividend stocks, I like B&G the most in the short term because its dividend offers the highest yield and the company is having a great year, plus that rise should continue as the pandemic drags on and may have a lasting effect once it subsides. The company's price-to earnings ratio (P/E) is at 14.90, behind competitors General Mills (NYSE:GIS) at 15.73 and Kraft Heinz (NASDAQ:KHC) at 20.15.

Verizon and AbbVie are the best long-term choices because I believe their stocks are even more underpriced, so they have the most room to grow. Verizon's P/E of 12.92 lags telecom competitors T-Mobile (NASDAQ:TMUS) and AT&T (NYSE:T), which are at 35.83 and 17.79, respectively. AbbVie's P/E of 18.14 is dwarfed by the P/E of competitors Gilead Sciences (NASDAQ:GILD) at 59.97 and Bristol Myers Squibb (NYSE:BMY) at 71.36.

In the meantime while these stocks appreciate, investors can enjoy the nice dividends from B&G, Verizon, and AbbVie.