Shares of Nikola (NASDAQ:NKLA) fell 10.6% in October, according to data provided by S&P Global Market Intelligence, continuing a downward trajectory that has taken much of the charge out of the electric truck and pickup truck manufacturer since it's June debut.

Nikola was a Wall Street highflier until noted short seller Hindenburg Research put out a report accusing the company and its founder Trevor Milton of deception. Both the company and Milton have denied the claims, but Milton has departed Nikola, and auto investors in the weeks since have more closely scrutinized the quality of Nikola's technology. 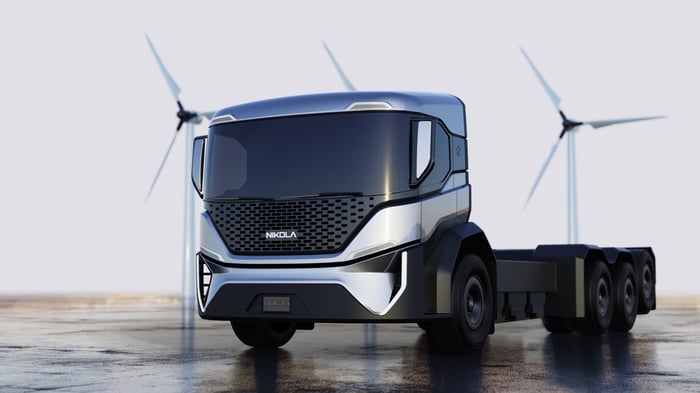 Just days before the report, Nikola had announced a partnership with General Motors (NYSE:GM) to help bring its trucks to market. That partnership is now in doubt, and comments made by Nikola CEO Mark Russell midmonth that his company's success doesn't depend on GM did little to quell investor concerns.

GM still appears interested but likely only on more favorable terms. While Russell says Nikola can succeed without the automaker's help, investors would feel a lot more comfortable with a deep-pocketed partner in the fold.

October's 10% decline was relatively mild compared to previous months. Nikola shares have lost more than 75% of their value since their June debut. 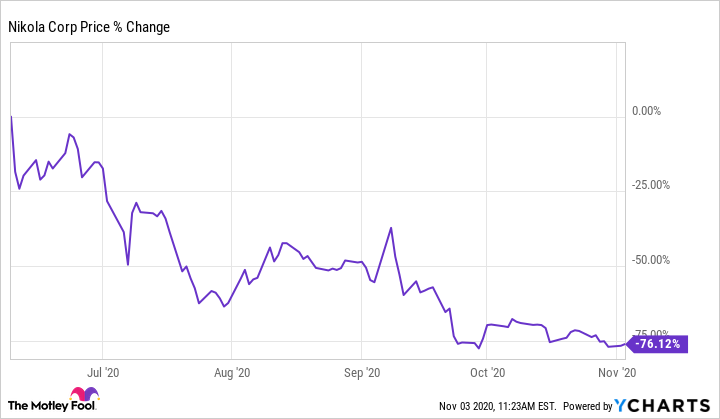 The past is the past. What's up ahead is all that matters. Nikola's trucks could still turn into a solid business, and General Motors could still figure out a way to get on board and assist. (My bet is GM does finalize a partnership before year's end.)

It now appears the excitement got ahead of reality when it comes to Nikola shares. This company has a lot to prove and will need a lengthy amount of time in which to do it. It's not surprising to see investors walk away.