Here are three completely different companies that could add stability to your portfolio.

The stock market just suffered its worst month since October as a surge in COVID-19 cases and the upcoming U.S. presidential election are leading investors to sell stocks.

In times like these, it can be prudent to round out your portfolio with reliable companies that pay dividends. JPMorgan Chase (JPM -0.09%), Clorox (CLX 1.05%), and United Parcel Service (UPS 4.54%) are three industry leaders you can safely hold for decades. Here's why.

Over the past 10 years, America's largest bank by market capitalization, JPMorgan, has been the best performing diversified bank and the only member of its group to keep pace with the market. 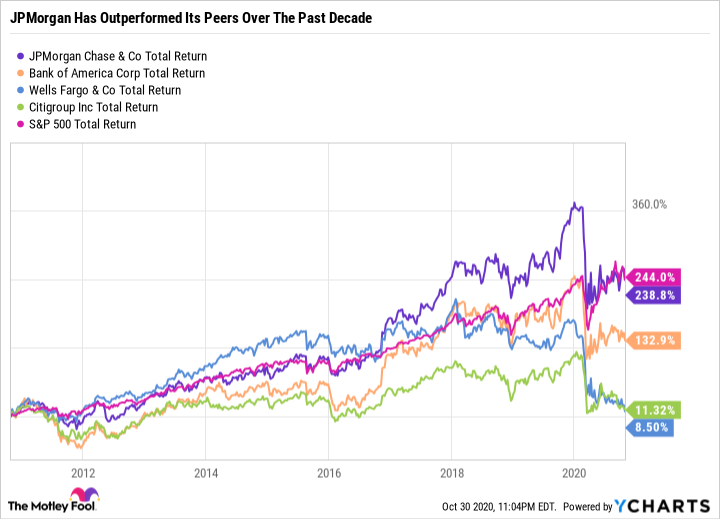 JPMorgan, led by revered CEO Jamie Dimon, was the only major bank to stay profitable throughout the Great Recession from 2007 to 2009. Since the Great Recession, commercial bank stocks and investment bank stocks like Morgan Stanley and Goldman Sachs have underperformed the market as regulations have changed the ways these companies do business. By many metrics, such as return on equity (ROE) and return on assets (ROA), JPMorgan continues to be the best major bank, proving that it is operating in the current business environment better than its peers. 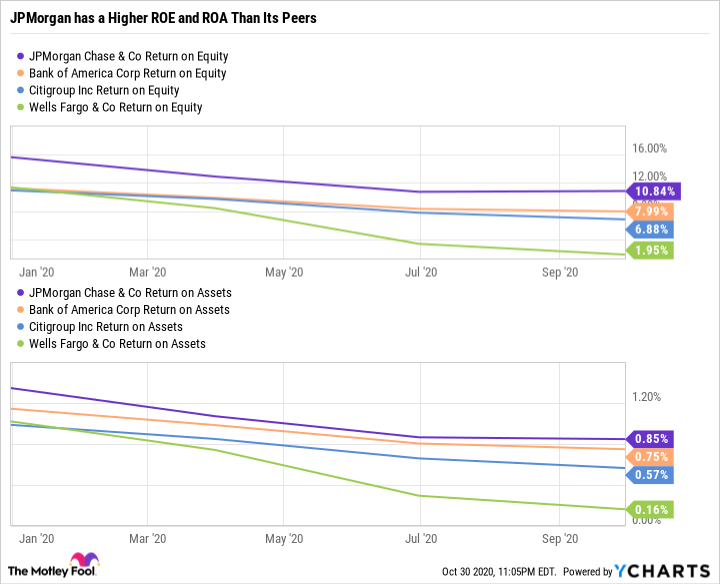 In its most recent quarter, the company reported an ROE of 15%, the same as the third quarter of 2019, and an improvement from 7% in the second quarter.

JPMorgan's stock has been struggling as the company navigates a lower interest rate environment. By lowering interest rates, the U.S. Federal Reserve has shown a commitment to quantitative easing (QE) to lessen the effects of the COVID-19 pandemic on the American economy. Quantitative easing is a monetary policy that the Fed has used in the past, most notably during the Great Recession, where it buys bonds and assets as a means of adding money into the economy to encourage spending. The Fed has purchased trillions of dollars in securities so far this year.

Shares of JPMorgan are down 30% for the year, meaning that its $0.90 per share quarterly dividend now gives investors an annual yield of 3.7%. Given JPMorgan's track record for navigating through crises, its industry-leading position, and the fact that shares are trading much lower today than they were at the beginning of the year, JPMorgan looks to be an excellent financial stock to own for decades.

Clorox is a leading consumer staple company that is a great long-term hold for a number of reasons. Clorox is a Dividend Aristocrat, having increased its dividend payment for 43 consecutive years. A company's ability to raise its dividend throughout ever-changing economic conditions shows investors they can count on its stock for quarterly income.

Clorox has also outperformed the market overall, producing a total return of 367% compared to the market's 196% return from 2008 to today.

Clorox has been making headlines throughout the pandemic due to the high demand for its hygiene products. Higher sales and income have contributed to another strong year for Clorox, although management has warned investors the company is unlikely to grow as quickly next year.

Given Clorox's stability no matter the economic cycle, its track record for paying and growing its dividend, its market outperformance since the Great Recession, and its current boost in sales and revenue, the company is one of the safest ways to add stability and income to your portfolio. Clorox is also a good stock to buy no matter who wins the election since its business isn't particularly affected by whichever political party holds the White House. Clorox yields 2.1% at the time of this writing.

UPS stock is having a monster year, up 35%. The company is generating record overall revenue and record profit from its international segment. Unlike Clorox, which is getting some temporary pandemic-induced tailwinds, UPS management thinks that its growth could be here to stay.

UPS is growing revenue from small and medium-sized businesses (SMBs) as more and more vendors grow their online presence, and thus ship more packages, in lieu of in-store foot traffic. E-commerce business is driving U.S. domestic deliveries, which increased by 13.8% in the third quarter. Delivering more packages naturally resulted in higher revenue, but UPS was also able to grow income by 10% compared to the same period last year. Management expects growth to continue even after the pandemic ends as its Digital Access Program (DAP) makes e-commerce easier and more affordable for SMBs. The DAP provides shipping, payment, and tracking tools and services for smaller merchants, giving them the same advantages that larger companies have. UPS continues to grow its number of DAP accounts, adding 150,000 accounts in the third quarter on top of 120,000 accounts in the second quarter.

Although not a Dividend Aristocrat, UPS has done an excellent job raising its quarterly dividend -- which has increased by nearly five-fold over the past 20 years. 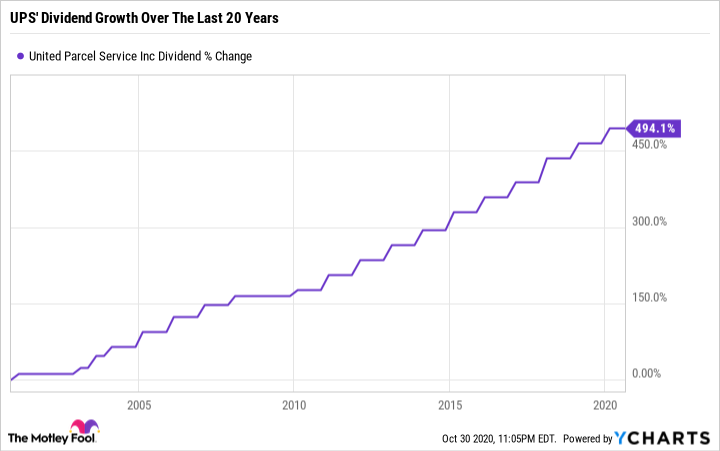 So far this year, UPS has generated $5.9 billion in adjusted free cash flow, which is more than double the $2.7 billion in dividends it has distributed -- signaling that UPS is generating plenty of cash to pay and grow its dividend. UPS yields 2.5% at the time of this writing.

JPMorgan, Clorox, and UPS are three completely different stocks that together provide a balanced approach to generating income from your stock portfolio. JPMorgan is an industry leader that is trading at a discount whereas Clorox and UPS have posted impressive results throughout the pandemic. With an average yield of 2.8%, investors should be able to generate a large amount of income by holding these three stocks for decades.