Brookfield Renewable's (NYSE:BEP)(NYSE:BEPC) move to acquire full control of TerraForm Power paid off during the third quarter as it helped the company generate strong earnings growth. The deal enhanced the renewable energy company's portfolio while giving it full control over key growth platforms, especially in the European power sector. That's enabling it to take advantage of new expansion opportunities, which should drive high-powered growth in the coming years as the global economy continues to pivot away from carbon.

Brookfield Renewable generated strong third-quarter results as its FFO soared thanks in large part to the boost from TerraForm to its wind and solar energy platforms: 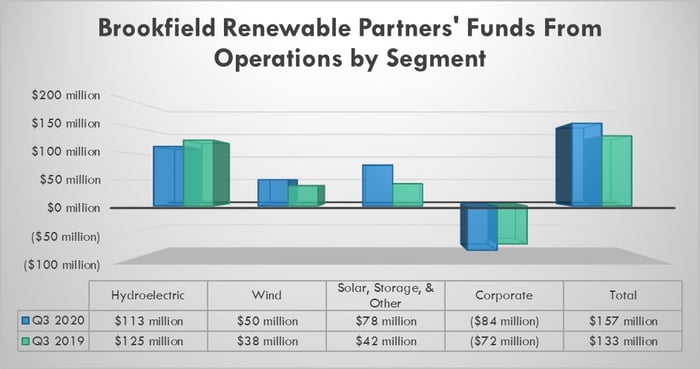 Earnings from the company's solar assets grew by 85.7% year over year. The main source of that surge was its increased ownership of TerraForm Power, which it acquired earlier this year. The company also benefited from some other solar-power acquisitions, which more than offset the impact of some asset sales, as well as weaker results from its storage and other businesses due to lower market prices and generation at its biomass facilities in Brazil.

Brookfield also generated strong results from its wind assets; earnings from those jumped by 31.6%. Again, its acquisition of the rest of  TerraForm Power helped drive this growth. The company also benefited from stronger wind resources in the U.S., lower costs, and acquisitions in Asia, which more than offset the impact from some asset sales and a weaker Brazilian real.

The strong results in those two segments also helped offset some weakness in the company's hydroelectric operations, where FFO declined by nearly 10%. The main issue was in Brazil, which benefited from a one-time positive ruling last year while facing headwinds from a weaker real in 2020. In North America, the company benefited from cost savings initiatives and higher rates. 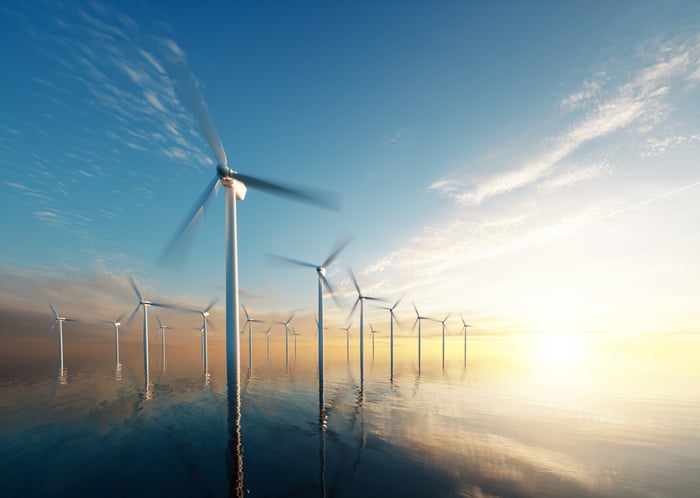 Brookfield continued to actively adjust its portfolio during the quarter. The company sold a net $326 million of assets while agreeing to invest a net $250 million in new transactions. One of its biggest deals was the acquisition of a 1.2 GW solar energy development in Brazil, which is one of the largest such projects in the world. The company also bought $200 million in loans in India backed by 2.5 GW of renewable energy assets. Finally, it funded the final phase of its investment in TransAlta (NYSE:TAC).

Meanwhile, Brookfield continued to pursue new growth opportunities. It recently unveiled its intention to launch an offer to privatize Polenergia, which is a large-scale renewable energy business in Europe. That company currently operates an attractive onshore wind business on the continent. Meanwhile, it has a 3 GW development pipeline of offshore wind projects in Europe, which would give Brookfield an attractive way to enter that sector. The company expects to develop that backlog over the next five to seven years.

Those offshore wind projects would enhance Brookfield's already sizable and globe-spanning backlog of renewable energy developments. They would also lend further support to the company's ability to -- as management has forecast -- grow its cash flow at a double-digit annual pace over the next five years, which would support annual dividend increases in the 5% to 9% range.

Continuing to recharge the growth plan

Brookfield's expansion strategy continues to pay off. Its deal for TerraForm boosted its third-quarter results, while more recent transactions should help bolster its numbers in the quarters to come. Because of that, Brookfield should have no problem continuing to grow its dividend, which should give it the power to generate market-beating total returns.