It's finally time for the Food and Drug Administration's committee of outside experts to decide on aducanumab, Biogen's (NASDAQ:BIIB) controversial drug for Alzheimer's disease.

Recent events have put shares on a roller coaster. The ride culminated with a 44% spike yesterday after the FDA posted its briefing documents for tomorrow's meeting. 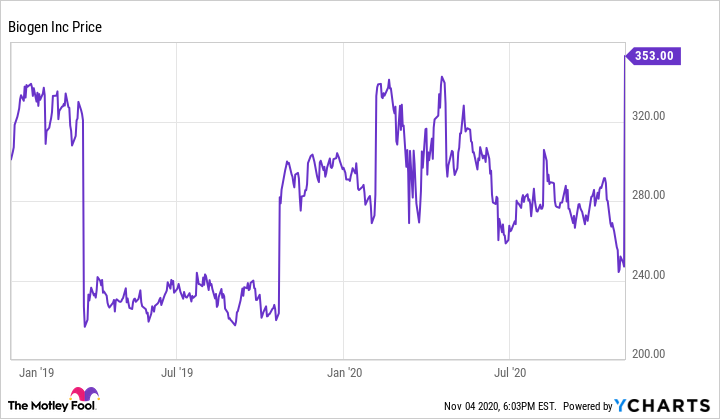 The company stopped a pair of phase III clinical trials in early 2019 when it appeared the drug wasn't helping patients. Later that year, the company said a thorough review of a higher dose of the drug showed a positive effect on cognition in one of the two studies. Here's everything investors need to know before the meeting tomorrow.

The opinion is split

The FDA's summary concludes that Study 302 -- the positive one at the high dose -- is "robust and exceptionally persuasive on several of the instruments used to evaluate efficacy."

Once you dive into the details, however, the statistical reviewer concludes that "the totality of the data does not seem to support the efficacy of the high dose. There is only one positive study at best and a second study which directly conflicts with the positive study."

Fortunately for Biogen, the FDA is hierarchical; leaders take the opinions of multiple specialized reviewers and decide based on a totality of individual conclusions. The committee's leadership appears convinced -- at least for now -- that one positive phase III clinical trial is enough to approve aducanumab.

The committee gives an opinion; the FDA has final say

The committee members will vote on four questions tomorrow, including whether it's "reasonable to consider Study 302 as primary evidence of effectiveness of aducanumab for the treatment of Alzheimer's disease." No matter what headlines appear, investors should keep in mind that it's only an advisory vote -- it's called an FDA advisory committee, after all. The FDA has the last word.

Considering the FDA's conclusion in the briefing documents, a split committee vote might still result in FDA approval of aducanumab. The FDA could approve the drug even if the votes of the outside experts lean strongly negative. 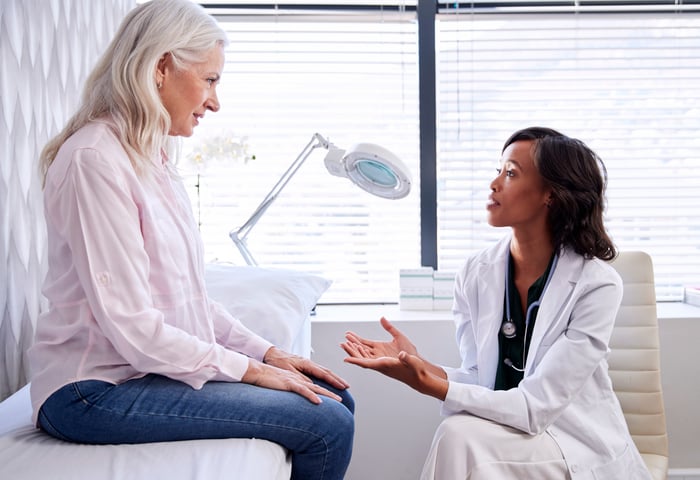 Biogen has plenty of upside

Biogen added about $16 billion dollars to its market cap yesterday, but that only factors in sales of about $3.2 billion at a price-to-sales ratio of 5 -- a reasonable multiple if the biotech gains FDA approval of aducanumab. There are 5.8 million Americans with Alzheimer's disease, and the older population is growing. Given these facts, Biogen could eventually hit $10 billion in annual sales of the drug.

Yesterday's jump also means there's plenty of downside if the advisory committee recommends rejecting the drug. Negative committee opinion could cause doctors to avoid prescribing the drug, no matter what the FDA ultimately decides.

You can watch the meeting

Have six and a half hours to spare tomorrow? The FDA is webcasting the meeting on Nov. 6 at 10 a.m. EST. A word of warning: While it might be tempting to jump on for the last hour or two to see the final vote, the meeting is expected to attract lots of interest, and the webcast could end up maxing out its ability to add additional viewers.

Expect a final decision in March

Investors will have to wait awhile for the FDA to interpret the opinions of its advisory committee. The agency has set a goal of deciding on the marketing application by March 7, 2021.

The FDA sometimes makes a decision early, especially when there's a high unmet need -- a criterion Alzheimer's disease might meet. Given that the data doesn't seem to meet minimum FDA requirements for two positive pivotal studies, though, the agency may take its sweet time.