After a long day of the Food and Drug Administration and Biogen (NASDAQ:BIIB) arguing that Biogen's Alzheimer's disease drug, aducanumab, should be approved, the FDA's committee of outside experts pushed back and voted strongly against the drug.

The FDA didn't directly ask if aducanumab should be approved but instead focused on whether the single positive pivotal clinical trial was enough to gain approval. A second pivotal study failed to show an effect, and there were issues with the positive study because Biogen stopped the study early when it appeared aducanumab wasn't working. After a closer look at the data, Biogen concluded that the higher dose of the drug was helping patients, and the leadership at the FDA seemed convinced as well. 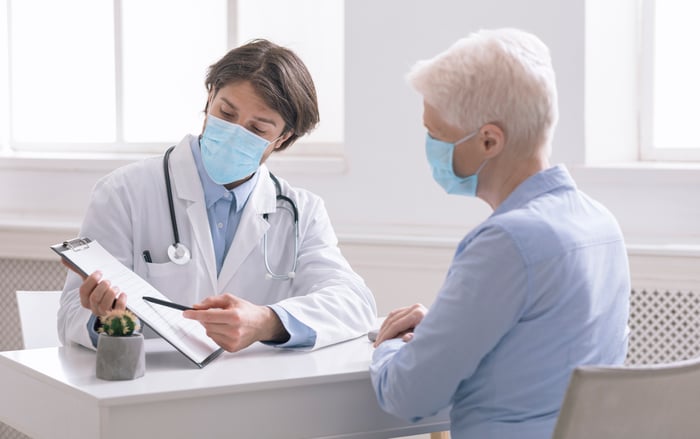 On the question of whether the positive study by itself was enough to conclude that aducanumab was effective, one committee member voted yes, eight voted no, and two were uncertain.

The second question had to do with a smaller positive study and whether it provided supportive evidence that aducanumab works. Seven committee members said no and four were uncertain. None voted yes.

The third question asked about the drug's pharmacodynamics, which basically means whether aducanumab was doing what it was supposed to do: remove amyloid beta plaques from patient's brains. The vote was much more positive than the others with five people voting yes and six voting no. But keep in mind that doctors and Alzheimer patients ultimately care about cognitive decline, not the removal of plaque; the jury is still out on whether the latter actually helps patients.

In the final question on whether the positive study could be used as primary evidence that the drug worked in light of the negative clinical trial, there were no yes votes. Ten people voted no with one uncertain vote.

While the committee was strongly against approving the drug with the data Biogen has currently generated, biotech investors should keep in mind that the FDA has the final say and only has to take the committee's opinion under advisement.