The coronavirus vaccine race is reaching its final stages. Ten programs are in phase 3 trials, and frontrunners Moderna (NASDAQ:MRNA) and Pfizer (NYSE:PFE) say they expect data readouts on their candidates by the end of this month. If they or another player win the first emergency use authorizations (EUA) or approvals, we might say the race is over. But it actually won't be.

Considering the global need for a vaccine, companies that cross the finish line much later could still seize a share of the market. In fact, two players that aren't ahead from a timeline perspective have one particular advantage. Both are developing vaccine candidates that could be game-changers -- and if successful, they could take a big chunk of the market. 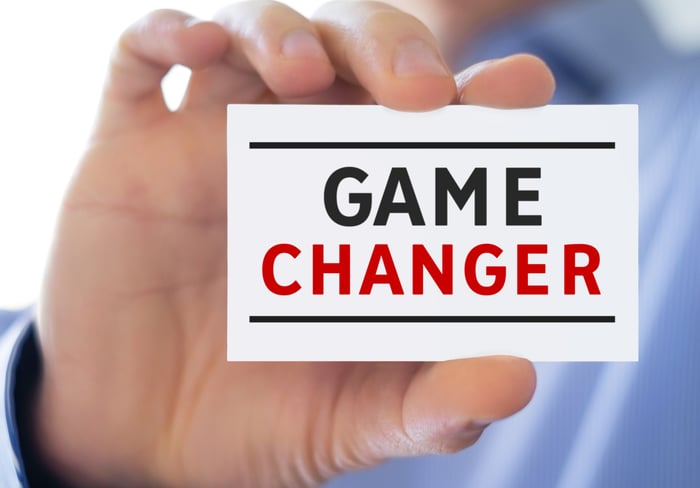 Novavax (NASDAQ:NVAX) launched its first phase 3 trial in the U.K. in late September; rivals Moderna and Pfizer launched their phase 3 studies back in July. Unless these competitors stumble, it's unlikely Novavax will beat them to the goal of requesting an EUA. As mentioned above, Moderna and Pfizer might be ready for this step by the end of this month or in early December. At that point, Novavax will just be wrapping up enrollment in the U.K. trial and beginning a phase 3 trial in the U.S. and Mexico.

Still, we won't have to wait too long for Novavax to catch up to rivals. Management expects to have interim data from the U.K. study in the early part of the first quarter. The U.S. Food and Drug Administration (FDA) will consider phase 3 data prior to trial completion for the basis of an EUA as long as a company shows safety data from at least two months of follow-up following vaccination.

If Novavax brings its coronavirus vaccine candidate to market, that will be an exciting first step. But what makes this company a game-changer is its plan for the future. Novavax recently said it was exploring a combined flu/COVID-19 vaccine.

This type of product could be a winner for two reasons. First, most people don't love shots. The idea of protection from two viruses through one product vaccination will make it popular with the public. And second, governments and doctors might like this potential product for logistical and cost reasons. One vaccine instead of two could streamline transport, storage, and product administration.

And Novavax is the perfect company to develop a combined vaccine. The company's investigational flu vaccine, NanoFlu, met all primary endpoints in a phase 3 study earlier this year. The next step is a regulatory submission. Mixing this flu expertise with coronavirus work to produce one vaccine won't happen overnight. But if and when it does happen, it could take major market share.

Vaxart (NASDAQ:VXRT) won't be the first to market with a coronavirus vaccine. The company only began its phase 1 trial last month. As a comparison, Moderna's timeline from phase 1 launch to expected EUA request is about eight to nine months. And Moderna has benefited from $2.5 billion in government investment. Operation Warp Speed, the government's effort to help bring a coronavirus vaccine to market, hasn't invested in Vaxart. Without support of that depth, it's unlikely Vaxart can beat Moderna's timeline.

But, as with Novavax, our focus shouldn't be on timeline. It should be on trial data and how the company's technology might offer it an advantage. It doesn't matter if Vaxart is late to the finish. If it makes it to the authorization/approval stage, its method of delivery could push it into the spotlight. Vaxart's vaccine isn't administered through an injection. Instead, it's a tablet to be swallowed.

This vaccine tablet could be a game-changer for two reasons. As I mentioned, injections aren't fun. Most people would prefer swallowing a pill. And like Novavax's potential candidate, the Vaxart investigational vaccine offers logistical and cost benefits. The tablet is stable at room temperature. This means it doesn't require refrigerated transport or storage like traditional vaccines do. Even if Vaxart brings its vaccine candidate to market a year or so after its rivals, it could easily claim market share for these reasons.

Should you invest in these game-changers?

Novavax, with a NanoFlu regulatory submission on the horizon, is closer to bringing a possible product to market. Novavax also has reported positive data from its phase 1 coronavirus vaccine trial. Still, anything can happen, even in later-stage trials. So only investors with an appetite for risk should consider taking a position in Novavax.

As for Vaxart, the company's most advanced product candidate is a phase 2 flu vaccine. Preclinical data -- including a study in hamsters -- for the investigational coronavirus vaccine has been positive. But we still don't have an idea of whether the potential vaccine would be safe and effective in humans. Success in this current stage is critical for the program to continue. And that means investment in Vaxart is risky -- and best left to only the most aggressive investors.