Facebook (NASDAQ:FB) shares have been volatile since the company released its third-quarter earnings report late last month. Shares fell last Friday (the day after the earnings release), before rocketing higher over the past week.

The company cited uncertainty in ad revenue growth and regulatory constraints in its earnings report. Such challenges could leave investors wondering whether the communications stock can overcome these threats and continue to thrive in a constantly changing environment.

In its third quarter, which ended Sept. 30, Facebook grew revenue by 22% year over year. This resulted in diluted earnings per share of $2.71, a 28% increase over the same period last year.

Facebook stock has increased 43% year to date. It has enjoyed relative success in 2020, with usage increasing, tempered by slower growth in its ad revenue. Fortunately for Facebook shareholders, this amounted to merely a slowdown in growth rather than revenue declines during the height of the pandemic. 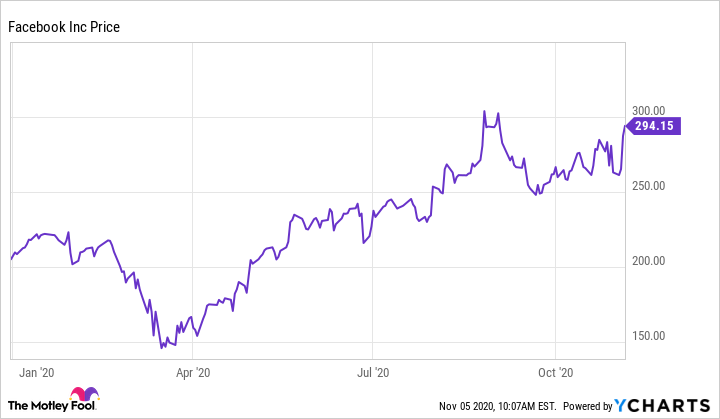 Amid these challenges, Facebook stock trades at a forward P/E ratio of just over 28. This makes the company look like a bargain, considering its recent earnings growth. Moreover, analysts (on average) forecast earnings increases of 45% this year and 11% in 2021. Although such forecasts can change, they are a sign that Facebook will probably continue to experience double-digit earnings growth for the foreseeable future.

Nonetheless, Facebook stock could still face significant headwinds. One concern is renewed antitrust scrutiny, as the Federal Trade Commission is reportedly close to formally filing suit against Facebook. Since the company wields tremendous market power over advertisers in the social media space, such suits remain an ongoing worry.

Indeed, Facebook is dominant in the social media industry. However, because Facebook never charges users to use its platform, it could be difficult to prove an antitrust accusation.

Another significant concern is its long-term growth prospects. In the latest quarter, monthly active people rose by 14% to 3.2 billion across all Facebook-owned applications.

Since the world has about 7.7 billion inhabitants, Facebook connects almost 42% of the planet's population. Considering that a large percentage of the remaining 58% lack internet access, user growth could soon slow to low-single-digit levels. 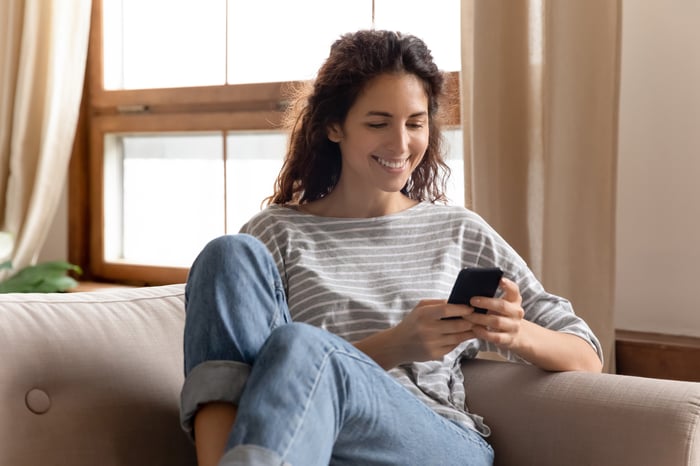 Facebook has addressed this limitation by developing new products, namely Portal and Oculus. Portal is a video-calling device for the home with Amazon's Alexa built into it. Oculus is a virtual reality (VR) headset. Facebook bought Oculus in 2014 but has just now integrated it with Facebook.

Of the two, Oculus may offer more potential. Facebook does not tether Oculus to any specific hardware, giving it an advantage over primary competitor Sony. Additionally, it can leverage Facebook's massive user base for social media connections, further enhancing its VR experience. Also, Facebook recently cut the price of the Oculus Quest 2 to $299, which should boost sales.

Given the company's growth potential relative to its valuation, I think Facebook stock remains a buy. Earnings growth may slow dramatically in 2021. Nonetheless, investors will probably do well paying 28 times forward earnings for double-digit growth.

Moreover, while saturation could become a concern in a few years, advertising revenue growth remains above 20%. Also, as the company integrates Oculus more deeply into Facebook, it should benefit further as consumers begin to embrace VR.

Admittedly, antitrust concerns could bring headwinds to the company's stock. However, given the valuation and continuing growth prospects, Facebook offers tremendous value.