Shares of Paylocity (NASDAQ:PCTY) gained 14.9% in October, according to data from S&P Global Market Intelligence. Some encouraging economic data helped the payroll and human resources software company post double-digit stock gains despite a sell-off for the broader market. 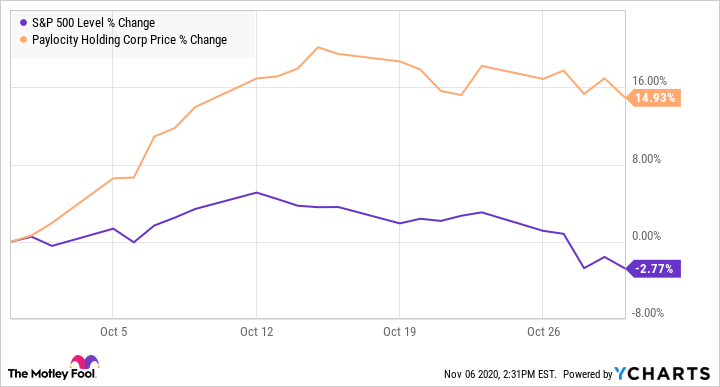 Investors and analysts got more bullish on the payroll and HR software space last month thanks, in part, to signs of continued economic recovery. The 660,000 non-farm jobs that the Department of Labor reported were added in September came in below economists' expectations for 800,000 additions, but there were still multiple trends in the economic data that boded well for Paylocity and other players in its industry. 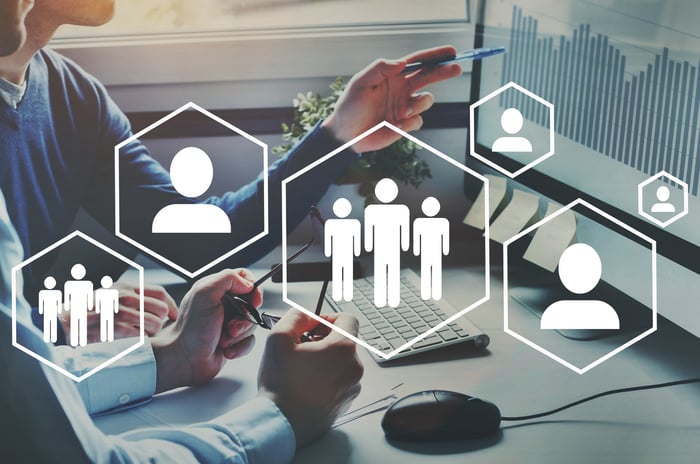 Stifel analyst Brad Reback published a note on Paylocity stock on Oct. 1, raising his rating on the stock from "hold" to "buy" and hiking his one-year price target from $135 to $195 per share. JMP Securities's Patrick Walravens then published a note on Oct. 9, maintaining an "outperform" rating on the stock and raising his price target from $140 to $190 per share.

Paylocity stock has continued to move higher in November. The company's share price is up nearly 5% in the month so far. 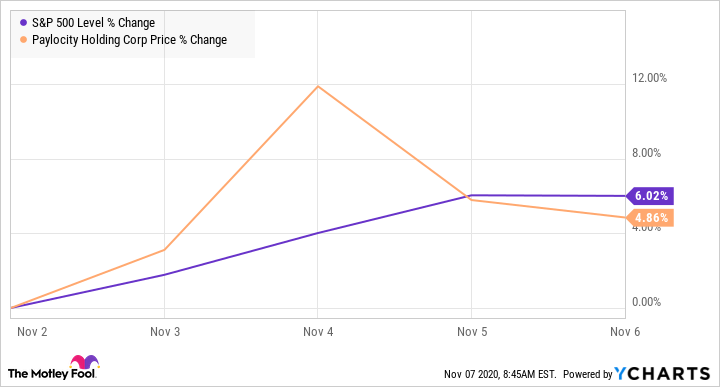 Paylocity reported first quarter earnings on Nov. 5, delivering sales and earnings that topped the market's expectations. The company posted non-GAAP (adjusted) earnings per share of $0.38 on revenue of $135.79, topping the average analyst estimate's call for per-share earnings of $0.15 on sales of $134.39.

Paylocity is guiding for second quarter revenue to be between $141 million and $145 million, good for 8.5% growth year over year at the midpoint of the target. Adjusted EBITDA for the period is expected to come in between $26.5 million and $29.5 million, down from $30.3 million in the prior-year period.

Paylocity has a market capitalization of roughly $10.3 billion and is valued at 16.4 times this year's expected sales and 117 times expected earnings.