The defense contractor has secured a $9.47 billion deal to complete construction of the first Columbia-class ballistic missile submarine and begin work on a second boat. The contract, though expected, alleviates any lingering concerns that General Dynamics' most important contract would be delayed or get caught up in post-election budgeting squabbles.

The most expensive boat ever

The Columbia is one-third of the Pentagon's refresh of its nuclear deterrence strategy. The boats are expected to replace the Navy's fleet of aging Ohio-class submarines, which in the coming years will be running out of nuclear fuel.

The Navy has said it needs the first new sub in the water and performing patrols by 2031, so a contract was expected sooner rather than later. But there was at least some risk the sub's price tag and Pentagon budget pressures made worse by COVID-19 spending would cause some delays. 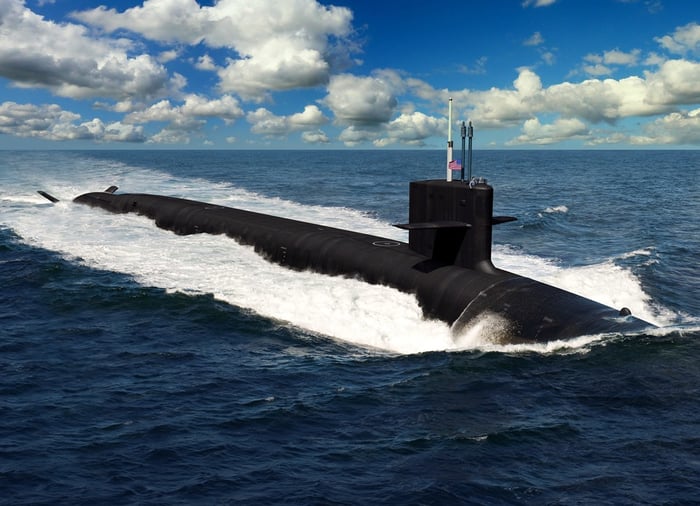 The Columbia is expected to be the most expensive naval program in history, and the Government Accountability Office (GAO) has warned it could come in well above its estimated $115 billion total construction budget. Overall, the Navy intends to buy 12 Columbia-class subs, with General Dynamics as the lead contractor and Huntington Ingalls (NYSE:HII) providing support.

The GAO estimated the total program cost could hit $145 billion due to design refinements and manufacturing issues common on any new platform. The Columbia as designed is a technical marvel, at 560 feet long and with a displacement in the water of nearly 21,000 tons -- ranking as the largest submarine ever built by the U.S. But with that size comes unexpected engineering challenges.

The Columbia has already been marred by its share of issues. Developing the software to design the new sub proved to be so complicated that extra engineers were hired. And in 2018, faulty welding was discovered in missile tubes headed for the Columbia, a problem linked to one of General Dynamics' subcontractors.

Years of R&D finally paying off

The Navy contract, announced Nov. 5, provides funds to complete construction of the lead boat and advanced procurement of materials and engineering work for the second boat, the future USS Wisconsin.

General Dynamic's Electric Boat unit will perform about 78% of the submarine construction, with six modules to be built at a company facility in Rhode Island and then transferred to Groton, Connecticut, for final assembly.

General Dynamics said it believes the Columbia design is about 90% complete, which is twice the level of design maturity of the last major submarine (the Virginia-class attack sub) when it started construction. For investors, that hopefully means GD can soon move away from the more costly R&D stage of the platform and toward higher-margin construction and fulfillment.

"Electric Boat has been making preparations for construction of the Columbia class for nearly a decade, including advancing the design of this critical Navy asset, hiring and training thousands of skilled tradespeople, modernizing our facilities, and helping to bolster the supply base," Electric Boat head Kevin Graney said in a statement. "As a result, Columbia's design is more advanced than that of any previous submarine program."

The bull case for General Dynamics is coming together 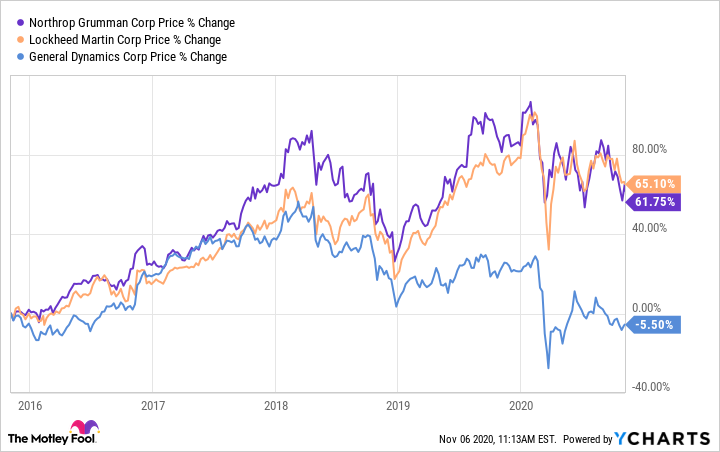 General Dynamics has been the laggard among prime defense stocks in recent years, in part due to issues at its Gulfstream business' jet division, and also in part due to the lack of mature, high-margin platforms at the defense side of the business.

There's hope that post-COVID a business jet refresh cycle will begin, boosting Gulfstream. And as the Columbia program matures, research and capital expenditure spending should fall and margins at Electric Boat will improve. If all goes according to plan, it should add up to a solid surge in cash flow and improving earnings in the years to come, which hopefully will help General Dynamics stock close the valuation gap between it and other primes.

General Dynamics' most important program has officially launched. Investors should now hope for smooth seas ahead.