Ramsey can also be a lightning rod for criticism. Case-in-point: In 2013, I wrote an article critical of his investment assumptions (count on 12% annual returns), and his suggestions for retirement (a "safe withdrawal rate" of 8%). That led to an appearance on his radio show that was contentious, to say the least.

Thus, most assume I'm against all things Ramsey. The point was hammered home this week when a college buddy sent a link to this Guardian article: "The Man Who Wants to Help You Out of Debt -- At Any Cost." After reading it, there's one thing worth being clear about: It is possible to disagree vehemently with Ramsey's investing advice and at the same time give him all the credit in the world for his personal finance advice.

When we confuse the two -- or insinuate that there's something morally amiss about helping people out of debt -- everyone in the finance community loses. 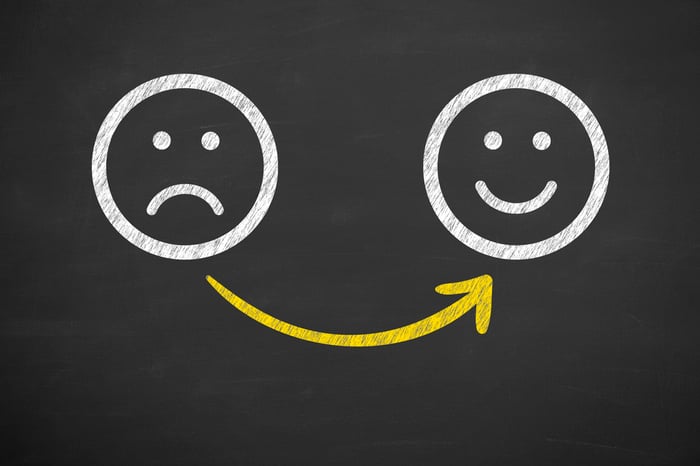 The nuts and bolts of Ramsey's "baby steps"

Ramsey has set up a system of seven simple steps for helping people get their financial houses in order. It includes:

You would be hard-pressed to find any financial experts who have a problem with these priorities. They are rock-solid.

Some take issue with the "debt snowball method," as it encourages you to pay your debt off "in order by balance from smallest to largest -- regardless of interest rate." By focusing on the smallest balances and not the interest rates, some argue, Ramsey followers may actually be allowing their debt to grow faster than it needs to. This, the theory goes, leads to sub-optimal debt repayment.

But here's the rub: Ramsey's trying to help real people in the real world, not abstract people in a hypothetical world. Real people have emotions, feelings, and motivation levels that ebb and flow. The snowball method provides a psychological boost ("Yay, I wiped out that account!") that can create the momentum needed to wipe out bigger debts. There's significant, peer-reviewed evidence from top universities to back Ramsey up.

That's a quick introduction to Ramsey's framework, but it doesn't get to the big issues worth addressing.

Who is to blame for your money woes?

The crux of The Guardian article was that some consider Ramsey's placement of blame for indebtedness to be unfair: "As Ramsey sees it, America's debt crisis is an epidemic akin to drug addiction, and its roots lie in individual behavior," it says. "The only way to escape its crushing weight is to stop enabling yourself and go cold turkey: live on rice and beans, get a second job, sell your money-sucking car."

It goes on to quote experts who generally agree with the seven steps, but detest the context within which they are given. I simply think the most useful thing is to throw value judgements out altogether and ask: Does it work?

According to Ramsey, over 5 million people have completed his Financial Peace University, tens of millions listen in everyday, and if the "Debt-Free Screams" are to be believed (and I see no reason why they shouldn't be), the answer for a large number of people is clearly: YES!

I'm not going to argue that there aren't structurally unfair reasons some people have a harder time than others making ends meet. But as my wife constantly reminds me -- and as I learned as an inner-city middle school teacher -- you can't neglect the "and."

By that, I mean you can acknowledge there are structural problems that need attention and acknowledge that helping people focus on the things they control is enormously helpful. These things are not mutually exclusive. In fact, Ramsey's show could -- in a way -- be viewed as a structural response to a huge problem in American society today: the lack of basic financial education.

If Ramsey were an elected official, a different perspective might be warranted. But he's not, and no one is going to offer a service that's beloved by all. Yet Ramsey's program clearly helps a lot of people and we're all better for it.

About that investing advice...

Only a small part of Ramsey's message revolves around the process of investing. For one reason or another, he suggests:

While there's nothing wrong with mutual funds per se, the fees that are charged and the rules surrounding how they must be run make it hard (though admittedly not impossible) for any fund to consistently match the market's performance.

But I don't think these three pieces of advice cancel out the value of Ramsey's message. Perhaps they just need to be balanced out by some of our core beliefs about investing here at The Motley Fool. Namely:

When you combine these timeless lessons -- in both personal finance and investing -- the results can give you the financial peace that Ramsey promises and has delivered to so many.