President Kennedy famously related how "the Chinese use two brush strokes to write the word 'crisis.' One brush stroke stands for danger; the other for opportunity. In any crisis, be aware of the danger but recognize the opportunity."

Just across the sea from China, Japan's Panasonic (OTC:PCRFY) is trying to look at a change in business model at electric-car maker Tesla (NASDAQ:TSLA) that way. 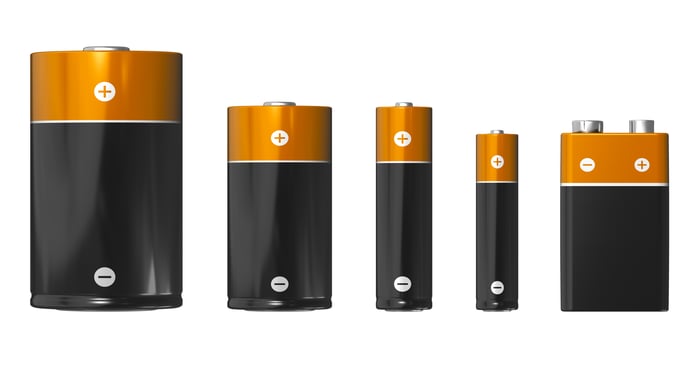 Tesla, you see, which operates a $5 billion Nevada Gigafactory producing batteries in partnership with Panasonic, announced at September's "Battery Day" presentation that it will start bringing battery production in-house and develop a new 4680 battery that is both bigger and more energy dense than the cells it currently makes in cooperation with Panasonic.

Even with Tesla expanding its battery-supplier list beyond Panasonic to companies such as LG Chem and CATL, Panasonic believes that Tesla will need to license lithium-nickel battery technology from Panasonic to make its new cobalt-less battery chemistry work and, generally, work hand in hand with Panasonic to optimize the 4680 battery's performance.

Investors appear willing to take Panasonic's assessment at face value, too. Although the shares have underperformed the stock market by 9 percentage points this year, Panasonic stock is up more than 3% today.