The high-powered Xbox Series X retails at $499, while the entry-level Xbox Series S is priced at $300. Both appear to be sold out and could remain hard to find heading into the Thanksgiving holiday. The Series X is in particularly high demand, with consoles currently fetching over $1,000 per unit on eBay. 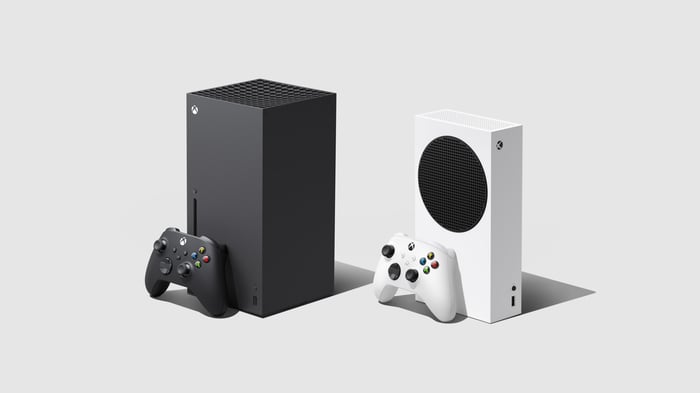 What do Xbox Series X and Series S mean for Microsoft?

Microsoft's new Xbox systems appear to be enjoying a strong debut, but they won't get much of a head start. Sony is set to launch its PlayStation 5 console in the U.S. on Nov. 12.

The Series X is Microsoft's most powerful console ever, and significantly more powerful than Sony's PlayStation 5 by most accounts. However, Microsoft appears to be pursuing a broader software and services strategy this time around instead of prioritizing a single hardware platform.

The company is making a big effort to promote its Netflix-like subscription-service, Xbox Game Pass. It's also looking to make its big-budget games and overall subscription library accessible through its xCloud streaming service.

The lower-priced Series S console is still powerful compared to previous Xboxes, but it's much weaker than the Series X. The level of difference reflects Microsoft's goal of building a bigger gaming ecosystem. With the company also making its premium content available across PC and streaming-based mobile platforms, this hardware cycle already looks very different.