Let's get Xperi's third-quarter earnings out of the way first. Sales more than tripled year over year to $203 million while the bottom line swung from a loss to earnings of $0.19 per diluted share. The merger between Xperi and TiVo closed in June 2020, making year-over-year comparisons less interesting. Your average Wall Street analyst expected earnings near $0.20 per share on sales in the neighborhood of $194 million.

So that's a mixed report, showing healthy progress toward integrating TiVo's media business into Xperi's portfolio of connected car, semiconductor packaging, and immersive media technologies. Nothing terribly exciting, and certainly not good enough to pull the company formerly known as DTS out of a long slump. The stock closed Monday's trading 25% lower on a year-to-date basis and the after-hours jump barely returned Xperi to January's starting point.

No, the Comcast agreement was Xperi's big scoop on Monday. 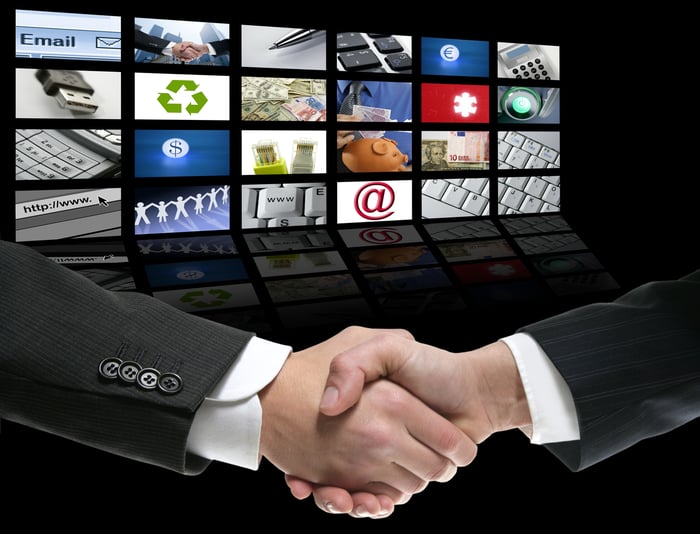 What we know about the Comcast deal

Comcast's license to use TiVo's patented digital video recorder technologies expired in 2016. Rovi, which was TiVo's parent company at the time, immediately launched a lawsuit and what we see here is the final result of a litigation process nearly five years in the making.

The new license agreement is a 15-year deal, stretching back retroactively to the end of 2016 and canceling the legal disputes between Xperi and Comcast. This deal will expire at the end of 2031, giving Comcast access to substantially all of TiVo's media patents.

The exact terms of the deal were not disclosed but Xperi raised its revenue outlook for the second half of 2020 from approximately $400 million to roughly $635 million. Backing out the third quarter's $203 million top-line haul, Xperi's fourth-quarter sales guidance rose from $197 million to $432 million -- an increase of 119%.

The revenue windfall from the Comcast deal will trickle down throughout Xperi's income statement and cash flow results. The free cash flow target for the second half of 2020 tripled to $345 million. Adjusted fourth-quarter earnings should now land near $1.98 per share, up from a prior outlook near $0.19 per share.

Is Xperi a buy now?

The huge fourth-quarter results are not a sign of similar gains in the long run. The deal includes an up-front payment for the TiVo patents Comcast used in set-top boxes between 2017 and 2020, falling back to a smaller license royalty payment in future quarters. It's unclear exactly how much Comcast's royalty payments will help Xperi over the next 11 years, though it should be said that Comcast is about as big a customer as you can find in the cable TV industry. We're not talking about peanuts here.

The mere fact that Xperi finally convinced Comcast to settle this long-running dispute is a good sign for the company's general ability to strike similar agreements with other large media clients. 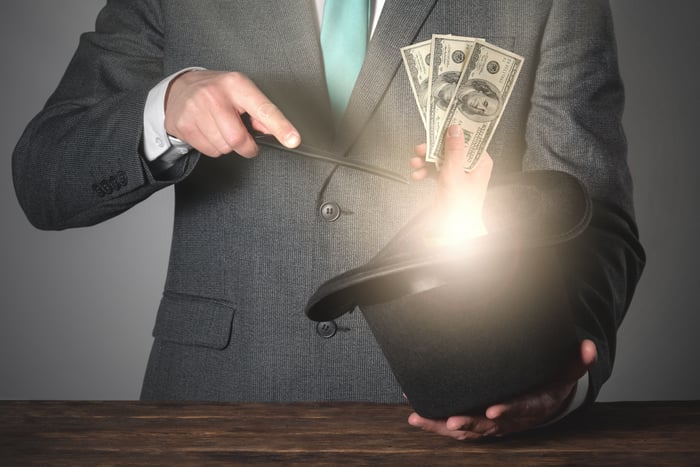 That being said, I don't expect Xperi's Comcast deal to trigger a long period of financial stability and rising share prices. Pure patent management companies like this one have never impressed me much. Organic light-emitting diode expert Universal Display (NASDAQ:OLED) is a rare exception to that rule, but that company increased its research and development spending by 24% in the third quarter, compared to the year-ago period. Xperi is walking in the opposite direction, lowering its R&D budget by 5% compared to the combined expenses of TiVo and Xperi in the third quarter of 2019. Innovation is the lifeblood of the technology sector and Universal Display is boosting its business prospects while Xperi is mortgaging its own future.

And it's not like the TiVo merger set Xperi on a more innovative path. TiVo became a so-called patent troll itself in 2015, setting the company on a direct path to the bacon-saving mergers with Rovi and Xperi. I wouldn't be surprised to see Xperi take TiVo's name soon, then fading out until some other thinly veiled patent wrangler comes along with yet another buyout to keep the name alive.

In other words, the Comcast deal does not make me want to buy Xperi stock. I think we've seen this film before and it has already become repetitive.