No one got much of a buzz from OrganiGram Holdings (NASDAQ:OGI) stock on Tuesday. The shares fell a steep 23%, following the Canadian marijuana company's announcement that it will float a secondary share issue.

Tuesday morning, OrganiGram revealed it is issuing 32.5 million "units," consisting of one common share of the company's stock and one half of a single warrant to purchase one common share, at 1.85 Canadian dollars ($1.42) per unit. Tuesday's sell-off dropped the stock price to roughly that level.

Each full warrant is exercisable for three years after the closing of the issue. It entitles the holder to buy one share of the cannabis company for 2.50 Canadian dollars ($1.92). The issue is expected to close Thursday, Nov. 12. 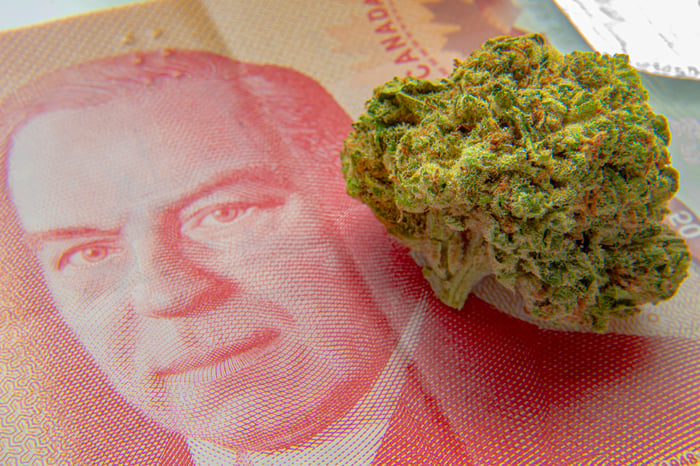 A syndicate of underwriters is buying the full issue, in a deal that will earn the company just over CA$60.1 million ($46.2 million) in gross proceeds. The syndicate is led by Canadian investment bank Canaccord Genuity.

Over the past few years, secondary share issues have become common in the marijuana industry. Companies in the trade are grappling with a host of challenges; as such they are rarely profitable, and frequently have difficulties with cash flow.

This is hardly the first time OrganiGram has floated a new share issue. Plus, it's irritatingly dilutive -- prior to the flotation, the company had 194.5 million shares outstanding. Investors aren't enjoying this stark reminder of the company's struggles with profitability and liquidity.