In the midst of a multiyear turnaround plan, General Electric (NYSE:GE) is ending a more than 100-year-old employee development program, according to a Wall Street Journal report today. The company's Corporate Audit Staff (CAS) program began in the early 20th century, but CEO Larry Culp is ending it as another part of his effort to make the company more efficient.

Since Culp became CEO in October 2018, he has worked to sell assets and cut costs to improve the balance sheet. He has had to navigate through impacts the company has faced in several areas from the coronavirus pandemic. 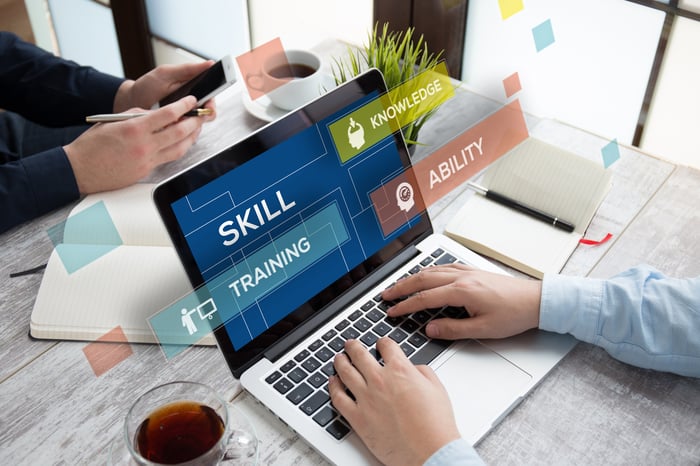 Culp is putting his stamp on the company further by disbanding the Corporate Audit Staff program. The company's board of directors has liked what they've seen from Culp so far, as his contract was recently extended by two years, through August 2024.

The CAS program is a five-year plan for high-potential employees to go on a rotation through various company divisions. Few of the participants completed the difficult program, according to the Journal report. The decision to end the program was also reportedly influenced by Carolina Dybeck Happe, the company's CFO who has been in the position less than a year and is helping to improve the balance sheet.

In its third-quarter earnings report last month, GE said it has reduced its debt by $11.7 billion since the start of 2020. It received $20 billion in proceeds from the sale of its BioPharma unit earlier this year, and said it has launched a program to fully monetize its position in energy technology company Baker Hughes (NYSE:BKR) over the next three years.