Please ensure Javascript is enabled for purposes of website accessibility
Log In Help Join The Motley Fool
Free Article Join Over 1 Million Premium Members And Get More In-Depth Stock Guidance and Research
By Lou Whiteman – Aug 21, 2020 at 9:01AM

The troubled conglomerate gets some much-needed stability.

General Electric (GE 0.19%) has added two years to Larry Culp's employment contract, an endorsement of the CEO's turnaround strategy and an important step toward stabilizing the once high-flying industrial conglomerate.

In a regulatory filing, the company said Culp's contract has been extended through August 2024. GE's board also revised his compensation, approving a one-time equity performance award that would pay him more than $200 million if GE's stock price doubles over the term of his contract. 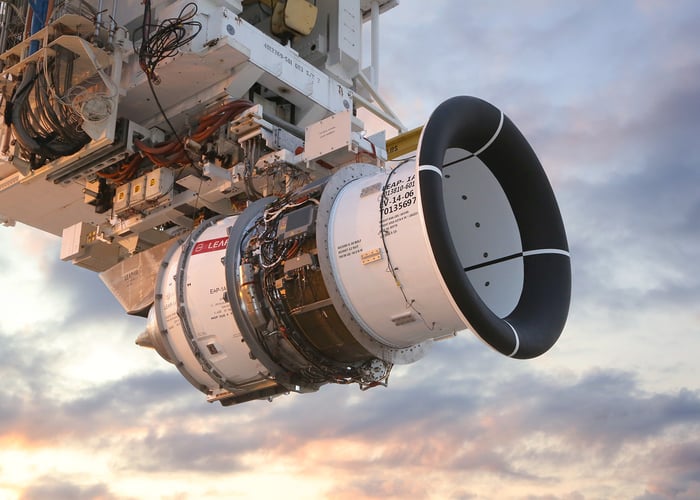 Culp joined GE in late 2018 as the company was searching for stability. He was the third CEO in a little more than a year, and inherited a company burdened by massive debt and a number of poor-performing operating units.

Culp has completed a deal to combine GE's transportation business with Wabtec (also known as Westinghouse Air Brake Technologies) and sold much of its life sciences business to Danaher for $21 billion. But challenges remain.

Last year Bernie Madoff whistleblower Harry Markopolos suggested that GE was a "bigger fraud than Enron." Although a number of analysts pushed back at that accusation, Culp still needs to find a way to resuscitate the company's energy businesses. And GE's aerospace unit, which heading into 2020 was a rare bright spot in its portfolio, has turned into a drain on resources this year due to the coronavirus' impact on airlines.

There are dangers in tying CEO compensation to stock price movements, since it could motivate management to make decisions based on the likely near-term stock reaction instead of what is best for the long haul. But given the turbulence GE has flown through in recent years, investors are likely to look favorably on this announcement due to its promise of management continuity.