The stock prices for Wayfair (NYSE:W) and Stitch Fix (NASDAQ:SFIX) are both on fire lately. As e-commerce companies driven by artificial intelligence (AI), they have both benefited from heightened investor interest.

Wayfair's earnings success led to an increase of as much as 16-fold in its stock between March and August. Though it has pulled back in recent weeks, the home goods e-commerce stock has still risen by nearly 11-fold from this 2020 low. This compares to Stitch Fix, who's stock has only moved higher by slightly more than triple since its March low.

Still, while Wayfair saw more growth earlier this year, Stitch Fix has experienced an upswing. In October alone, Stitch Fix stock surged higher by 27%. This occurred even though the company made no significant announcements during the month. Since it continued to surge in November, such a move could indicate that Stitch Fix could be making its mark as one of the more prominent AI-driven e-commerce companies. 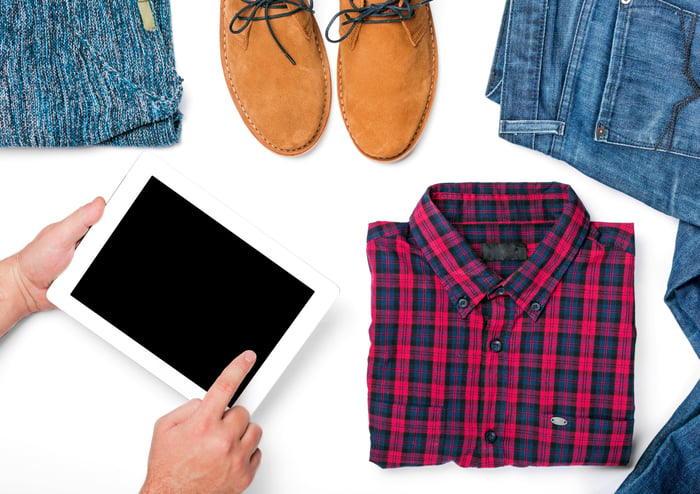 Is now the time for Stitch Fix?

Indeed, Wayfair has utilized deep learning techniques such as visual search to help customers find the products they might like to buy.

Stitch Fix uses the same technology for a different purpose. Stitch Fix uses AI to determine preferred styles for women, men, and kids. It then matches that style and budget with clothing items sent by Stitch Fix. Customers keep and pay for what they like and return the rest to the company.

Stitch Fix has benefited from certain secular trends. First, since COVID-19 shuttered many clothing stores, the company temporarily found itself with considerably less competition. The cost of the pandemic also forced many of its peers to shut their doors permanently.

Second, Amazon recently announced that Prime Wardrobe would add a personal shopping service. Although that means Stitch Fix has attracted a formidable competitor, it also validates Stitch Fix's concept as a way to shop for clothing.

Moreover, though general retailers like Walmart or Target have sold clothing for decades, such giants failed to supplant specialty clothing stores. This indicates that Stitch Fix could thrive despite Amazon's power in the marketplace.

Stitch Fix stock also appears positioned to do well, particularly when compared to Wayfair. Wayfair stock now trades at almost 2,800 times its book value. Such a metric increases the likelihood of a limited upside in the near term.

This may also present an opportunity for Stitch Fix to attract investors. Despite its increase, Stitch Fix trades at a comparatively modest 10 times book value.

The company also managed a revenue increase of 11% from the same quarter last year. However, expenses rose amid the pandemic, and the company reported a loss.

Still, conditions could improve next year. Over the next year, analysts believe revenue will rise by 17%. That could help to take the company back to profitability if the forecasts prove correct.

Admittedly, the trend toward e-commerce should continue to benefit Wayfair, as well as Amazon. However, Stitch Fix appears better positioned for investor gains. Wayfair experienced a strong run earlier this year. Nonetheless, it now looks like its growth pace will take a breather. This stands in contrast to Stitch Fix, which most expect to again turn profitable.

Indeed, at a $23 billion market cap, Wayfair remains small in comparison to Amazon. Still, with its market cap of just $4 billion, prospective stockholders can buy Stitch Fix while it is a comparatively small company. This better positions Stitch Fix investors to benefit from growth, even if it never comes near Wayfair's 2,800 price-to-book ratio.